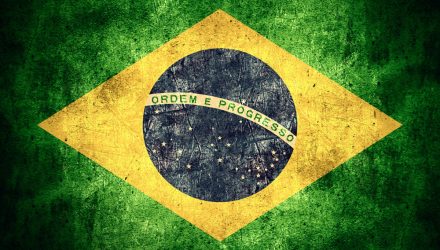 EWZ, the largest ETFs tracking stocks in Latin America’s largest economy, is up nearly 8% over the past month, extending its year-to-date gains to 26%. That after Brazilian stocks contended with a spate of political volatility.

Brazil’s central bank has not hiked interest rates since last year. Brazilian stocks have rallied this year and banks in Latin America’s largest economy appear inexpensive, those institutions are faced with declining consumer credit quality. Additionally, some Brazilian states have recently delayed payment to public workers, potentially crimping the ability of those workers to repay loans taken from Brazilian banks. The central bank’s efforts to engage in monetary easing are widely seen as a positive catalyst for Brazilian stocks. As recently as early 2016, Brazil’s benchmark interest rate was around 13%. It is now 8.25%.

“The monetary policy committee sees ‘a moderate reduction of the pace of easing as appropriate,’ given the outlook for the economy, the bank said in the statement announcing the rate cut. ‘In addition, under those same circumstances, the (committee) foresees a gradual ending to the cycle,’” reports MarketWatch.