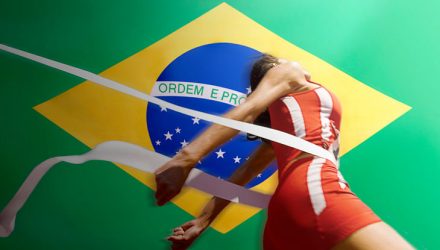 The iShares MSCI Brazil Capped ETF (NYSEArca: EWZ) is historically one of the more volatile single-country emerging markets exchange traded funds, a trait that is exacerbated when Brazil deals with political volatility as it has been in recent weeks.

EWZ and Brazilian assets are not strangers to corruption fears. It was corruption allegations that were the undoing of former President Dilma Rousseff and ultimately forced her impeachment. The current administration is being stung by the new corruption investigation.

Investigating Temer’s cabinet could weigh on Brazilian equities going forward because he was Rousseff’s replacement and Brazilian stocks rallied in anticipation of Rousseff being impeached. Investors’ tolerance for ongoing political corruption and volatility in Latin America’s largest economy could be wearing thin.

Fortunately for investors, for better or worse, it appears as though Temer will not be removed from office.