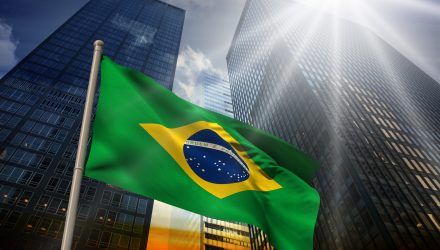 To start 2019, EWZ is up 12.65%, making it one of the best-performing emerging markets single-country ETFs to start the new year.

“Brazilian markets are off to a strong start in 2019. And while worries about much needed structural reforms remain, a market-friendly government and supportive fundamental backdrop could make this year a doozy, according to bullish analysts,” reports MarketWatch.

Plenty Of Optimism for Brazil

Markets observers were optimistic that Bolsonaro’s economic cabinet, led by former investment banker Guedes, will push through reforms needed to cut down the country’s 180 billion reais, or $47.31 billion, deficit and restore confidence and growth to the ailing economy.

“Just last year, Brazil’s contentious presidential election and worries about much needed structural reforms to shore up the country’s fiscal health curbed investor enthusiasm,” according to MarketWatch. “Economists say the reforms are still needed, but sentiment seems increasingly supportive even before outspoken newly elected President Jair Bolsonaro takes the stage at the World Economic Forum in Davos, Switzerland, next week.”