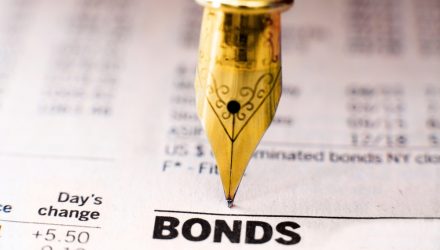 As the coronavirus outbreak makes another round across the U.S., investors are cutting back on riskier stocks that are hovering near record highs and shifting back toward bonds and related exchange traded funds.

Global funds have recommended cutting back on equities in July to the lowest in four years and suggested increased bond allocations unchanged from June amid heightened concern over the resurgence in coronavirus cases and the potential negative effect on the economic recovery, Reuters reports.

While business activity has picked up since May, the latest economic data revealed that the momentum may be slowing due to renewed lockdown fears and delayed re-openings with a resurgence in Covid-19 infections.

Meanwhile, U.S. equity markets are pushing toward their fourth monthly consecutive gains, with the S&P 500 just shy of its February record high and the Nasdaq already pushing toward new records.

In a recent Reuters survey of wealth managers and chief investment officers in Europe, the United States, Britain, and Japan, money managers revealed their the second consecutive month of recommended allocations to equities was lower than bonds in a global balanced model portfolio.

“Several businesses are still gutted, coronavirus infections are rising around the world and so are the fatality rates, which makes any predictions on economic recovery a gambling bet or at best difficult. Stock markets seem to be running on the former – on hope rather than any meaningful theory,” a chief investment officer at a large U.S. fund management company told Reuters.

“Stocks are trading on expectations of a swift business recovery, but where is the recovery coming from? The changing landscape of the virus is even more complex than previously thought, with the first round in many countries not even done. A vaccine is definitely a solution, but there is no clarity,” he added.