You are at:Home»Fixed-Income»Bond ETFs Are Starting to Turn More Heads 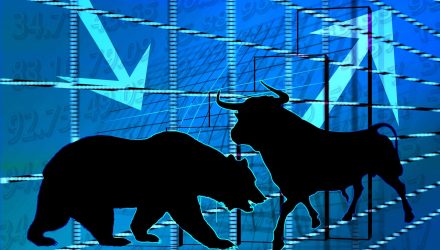 The exponential growth in stock exchange traded funds has greatly overshadowed the bond ETF segment as investors jumped on the rally in equities after the financial downturn. Nevertheless, the popularity of fixed-income ETFs is slowly gaining momentum in recent years.

According to a previous BlackRock note, bond ETF assets under management have expanded 25% annually for the past five years and are expected to hit $1.5 trillion by 2022, reports Gerrard Cowan for the Wall Street Journal.

While the fixed-income space’s slice of the ETF pie remains small, bond ETFs have helped investors garner easier access to the notoriously illiquid debt securities market. As investors become accustomed to the ETF investment vehicle, more are utilizing the investment tool to gain exposure to various markets, including bonds. In 2017, bond ETFs attracted $138 billion in new inflows, compared to $112 billion in 2016.