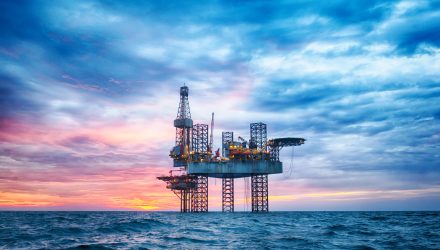 A Bold Call on Energy ETFs

The Energy Select Sector SPDR (NYSEArca: XLE), the largest equity-based energy exchange traded fund, entered Monday with a fourth-quarter loss of about 12%, but some market observers believe the energy sector is poised to rebound.

“We’re overweight the energy sector at this point in time for one simple reason: It looks like a lot of the bad news is largely baked in,” said Craig Johnson, chief market technician at Piper Jaffray, in an interview with CNBC. “When you look at the decline in the oil price that we had seen and when you look at the XLE chart, you saw [the]oil price fall at a much faster pace than what you saw the stocks fall.”

During oil’s recent slide, XLE and other basic energy ETFs performed significantly less poorly than the underlying commodity. Additionally, there are signs of life on XLE’s charts.

“The XLE chart has come right back to clear identifiable support and you’re getting a positive divergence on the RSI so at this point in time it’s better to be buying the XLE in here than selling it, and that’s what we’ve been telling our clients,” said Johnson in the CNBC interview.