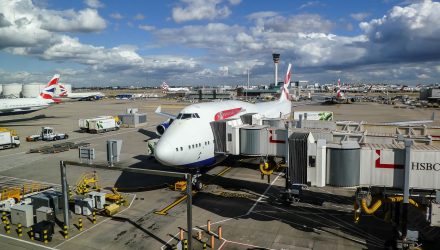 Boeing, which sells about 80% of its commercial planes abroad, calls itself the country’s biggest manufacturing exporter. Many saw Boeing as one of the more vulnerable companies to retaliatory action if President Donald Trump imposes a $60 billion tariff on Chinese goods – Boeing previously announced China would buy $1 trillion in aircrafts over the next two decades.

“What you do not want to see is Donald Trump dare Xi Jinping to get into a blazingly stupid tit-for-tat trade war,” Bernard Baumohl, chief global economist at the Economic Outlook Group, told CNBC. “Trump’s trigger-happy use of tariffs against the second-largest economy in the world would quickly backfire on the U.S. China can shut down current imports of American-made planes, cellphones, nuclear reactors, autos, financial services, agricultural products and crude oil as well as refined products.”

The industrials sector has been the heaviest hit since Trump pushed for tariffs on steel and aluminum imports earlier this month.