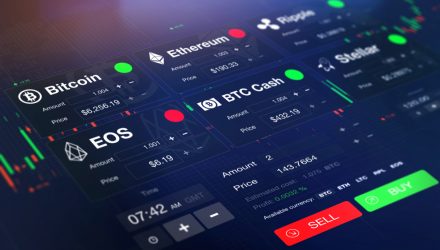 The prior record holder, the Grayscale Ethereum Trust (ticker: ETHE), saw just over $9M in trading volume during the first three days following its debut on OTCQX on June 25, 2019. The Grayscale Bitcoin Trust (ticker: GBTC), the largest crypto fund, with more than $10 billion in assets under management today, joined OTCQX on May 5, 2015, and had under $1 million in trading volume in its first three days on the market.

“We are thrilled to see the market’s reception of BITW as the first publicly traded crypto index fund,” said Bitwise cofounder and CEO Hunter Horsley. “As more and more financial advisors and investment professionals look to establish an allocation to crypto in their portfolios, a professionally managed index fund is a familiar and important tool.”

“We are pleased that a market developed so quickly in BITW last week, with multiple market makers and a wide variety of participants involved,” said Bitwise COO Teddy Fusaro. “All investors should carefully consider the risks associated with the Fund, including the fact that we anticipate BITW shares will trade at either significant premiums to or significant discounts to their underlying value. We encourage individuals to talk to their financial advisor prior to making any investment decision.”

The Bitwise 10 Crypto Index Fund had over $135 million in assets under management as of December 13, 2020. The fund tracks an index of the 10 largest cryptocurrencies, screened for certain risks and weighted by market capitalization. The index and the fund are rebalanced on a monthly basis. As of Nov. 30, 2020, the fund held approximately 75% Bitcoin and 13% Ethereum, with the remaining 12% allocated across XRP, Litecoin, Chainlink, Tezos, and other cryptocurrencies.