You are at:Home»Investing»Bittrex Exchange Pulls out of New York, Locking out Users 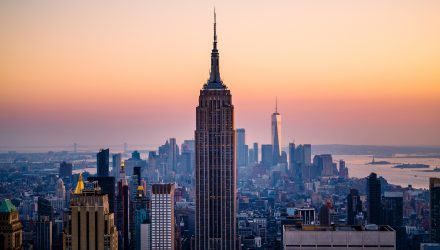 Bittrex Exchange Pulls out of New York, Locking out Users

Bittrex announced this week that New York State users will have to close their accounts by June 9, 2018 due to regulatory issues. “We regret to notify you that Bittrex will be ceasing all operations for New York residents,” Bittrex said via email on April 10, 2019. “All trading for New York customers will be halted on April 11, 2019 at close of business (COB) with all account access disabled on June 9, 2019 at COB.”

Thus the days of trading multiple alternative coins (a.k.a. the “Sh*tcoin Era”) has fallen predictably flat. It’s time to pour one out for the end of this phase. But first, I need to cash out my Bittrex accounts so we have some money for hooch.

I would think the Sh*tcoin Era were a bit hilarious, had I not totally fallen into it during the holiday season of 2017. I had threads on Reddit and Facebook groups telling me to buy this or that coin that I had never heard of. The mania was bad enough at the time that you could get everything wrong and still double your money overnight with the right coin and a little luck. In many cases, Bittrex was the only the only platform where you could find these coins (red flag!). Thus to turn Ethereum into Einsteinium (a real coin) you had to sign up for Bittrex. But signing off is turning out to be even harder.

To illustrate some of the biggest problems of brief but troubling period, let’s just close my account together and see if we learned any lessons along the way. I started trading on Bittrex on December 17, 2017 with about $75 in Ripple XRP. If I had just held onto that XRP until January when it peaked I would have had $323 for doing no work whatsoever. Instead, I traded around on Bittrex for a couple weeks and now my account is worth only a few bucks.

Okay, I learned a lesson there (probably). Trading $75 on Bittrex taught me more about markets than I would have learned in one of those $300 weekend classes. I lost $61 but I got paid to write about it. So it was no worse for me than taking my girlfriend out for a nice meal and then getting paid to review the restaurant. I went in with the money I was willing to lose. And I lost. So let’s get my $14 out and take Sweetie to some place in the neighborhood for happy hour. We’ll pour one out together.

To do that, I have to liquidate my holdings in Maidcoin, Einsteinium, NEM, and Qtum. If you had seen me at a coin conference in 2018 I would have extolled the virtues of these coins. Today? Couldn’t tell you the difference. And couldn’t care less. I think Einsteinium had something to do with education.

Now here’s the problem: Because “all trading will be halted to New York customers” the day after they sent this email, I can’t just cash out. I’d like to cashout to Bitcoin and send it to a private wallet but I can’t. The email went out this past Wednesday at 7:17 p.m. on the East Coast. Bittrex gave me less than 24 hours to use the account I had signed up for. I was traveling at the time and needed to be in a certain place to authenticate. Thus I missed my chance to get out the entire $14.14.

And worse: “You must withdraw your coins/tokens by June 9, 2019 at [close of business]. After this date, the assets will become unrecoverable.” [Emphasis theirs].

Also, since these coins were so worthless by the time they axed New Yorkers, I could not have set a limit order for sale; none of them meet the BTC 0.0001 minimum. This means that I would have to sell at the last-order price at the time when all other New York clients are also dumping their coins on the same exchange. Yikes!

If I didn’t live in a banned state, there would be nothing stopping me from paying a few fees to sell these coins. If I really wanted to keep the experiment going, then I could buy these sh*tcoins back on another exchange. But there’s an investment phrase that comes in handy here: buying is the same thing as selling. Would I “invest” in a sh*tcoin today, even knowing we’re at the bottom? No. They’re a waste of time and a pain in the part of my body that used to have a thick wallet.

Sure, I could give up, but that would be the same as throwing away my original $75. I still have the coins (hey, maybe the market will rebound). So if I want to get my coins out of Bittrex, I will have to send my own funds to another wallet or another exchange. The problem is that most of the other exchanges aren’t available in New York State, let alone the U.S.

After working on this all day I finally found a way to send myself just some of the coins to a hardware wallet. From there, I could have held  it until I find another exchange but then the old gambler in me started thinking: I’ve already lost, so what if I just put these coins away for a year just in case something good happens?

Yet I haven’t traded on Bittrex since January 2018. I let it go for a year just in case something happened.

So here’s the best anyone in New York State can do in my position: QTUM can go to a wallet and then to an exchange that works in the U.S. such as HitBTC or Bitforex. Same with XEM and MaidSafeCoin. I will lose $3.20 in Reddcoin. I’m gonna have to forget my $2.05 in Einsteinium. However, Einsteinium has an open address to make donations to their efforts to help science in public schools, so I’ll just transfer that back to them. I gave away my $3.02 in Reddcoin to a guy in my Coinchat group.  If either coin goes through the roof next week, they deserve it.

The market went down while I was working on this, so now I only have $13.84 in the account. After I forget about the coins I can’t transfer, the best I can possibly get out of that is $8.19.

After a year and a half, my $75 initial investment never really made any money. I bought Einsteinium on December 18, 2017—their only good day. I don’t remember watching the ReddCoin charts, but the value plummeted during the course of a year. At some point, I remembered seeing this account up near $220, but that was short lived.

Sorry, Sweetie, if we want to pour one out together after work we’re going to have to go to Trader Joe’s and get the wine equivalent of Einsteinium.

And so long, Sh*tcoin Era. It’s been real.