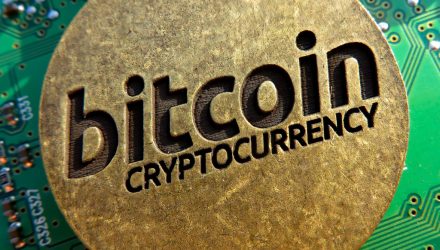 Right in line with the post-Labor Day Weekend tech sell-off occurring in the stock market, Bitcoin’s price has also dropped the last 24 hours as the digital currency has lost over 12% of its value. Since reaching $7,382.61 on Wednesday, it’s now currently trading at $6,458.32 as of 3:00 p.m. ET.

The price of the leading cryptocurrency got knocked down by news that Goldman Sachs is on the verge of scrapping its plans to have a digital currency trading desk. The ebbs and flows of Bitcoin’s price have been dependent upon news of institutional trading firms like Goldman Sachs and BlackRock getting involved in cryptocurrencies.

“In response to client interest in various digital products, we are exploring how best to serve them in the space. At this point, we have not reached a conclusion on the scope of our digital asset offering,” Goldman Sachs said in a statement.

Despite this latest news, some cryptocurrency analysts are still bullish on the future of Bitcoin.

“Obviously the Goldman news has been disappointing to those Bitcoin holders, people freaking out that ‘a big bank trading desk is backing off, maybe I should to'” said CNBC “Futures Now” trader Brian Stutland. “But I would say, ‘Forget about those guys. Bitcoin was made to deposit off the transactions of bank sheets–we don’t need them.'”