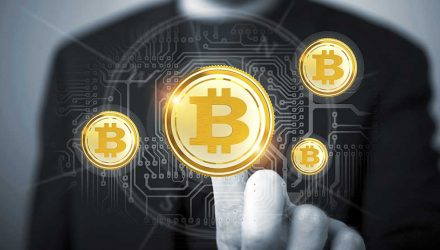 Bitcoin, the largest of the digital currencies, is no stranger to controversy, as the bitcoin price prediction changes often. During its meteoric rise, the cryptocurrency has gained plenty of doubters, including some well-known asset managers. Add Allianz Global Investors to that group.

“The cryptocurrency is worthless, even if blockchain technology could bring significant benefits to investors, said Allianz,” according to Bloomberg.

The price of bitcoin has fallen by about 50% since December. In recent months, regulators around the world have stepped up scrutiny of digital currencies and related assets, including some blockchain investments.

According to coinmarketcap.com, the market capitalization or value of all digital coins stood at $310.4 billion early on Thursday morning, down from $372.9 billion a day before.

Many predict the price of bitcoin may encounter a low of $6,000.

“The SEC staff has concerns that many online trading platforms appear to investors as SEC-registered and regulated marketplaces when they are not,” said the SEC in a statement. “Many platforms refer to themselves as ‘exchanges,’ which can give the misimpression to investors that they are regulated or meet the regulatory standards of a national securities exchange. Although some of these platforms claim to use strict standards to pick only high-quality digital assets to trade, the SEC does not review these standards or the digital assets that the platforms select, and the so-called standards should not be equated to the listing standards of national securities exchanges.”

Bitcoin doubters have frequently said the digital currency is an asset bubble waiting to pop, a sentiment echoed by Allianz.