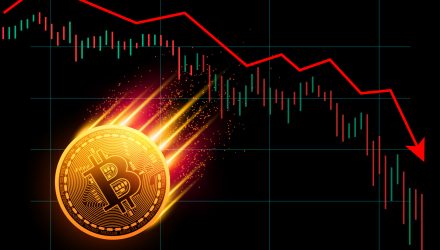 Bitcoin and other digital currencies have been shedding market value at an alarming rate and some crypto market observers believe there is more downside before a legitimate bottom is put in.

Momentum plays an important role in when to buy bitcoin, but what may be surprising is that buying the cryptocurrency after it has experienced big rallies can be a winning strategy. Some crypto market observers believe the long-term outlook remains encouraging for the largest digital currency. However, This has been a brutal for the broader market cryptocurrency space in terms of lost market value.

“Bitcoin shares could bleed another 30 percent before they bottom, cryptocurrency trader Michael Moro told CNBC on Friday,” according to CNBC.

Bitcoin recently violated the key technical level of $6,000 and has not stopped dropping. Midday Friday, the largest digital currency was residing just above $4,200. In December 2017, bitcoin flitred with $20,000.

During Thanksgiving week alone, bitcoin shed almost a quarter of its market value. Carnage in the crypto space has not been confined to bitcoin.

“Other cryptocurrencies didn’t hold up this week either. Not a single one in the top 28 by market capitalization was trading in the green Friday, according to CoinMarketCap.com. XRP, the second-largest by market capitalization, fell 6 percent Friday, bringing its one-week losses to 10 percent. Ether was down 7 percent in 24 hours and lost roughly 30 percent for the week,” reports CNBC.