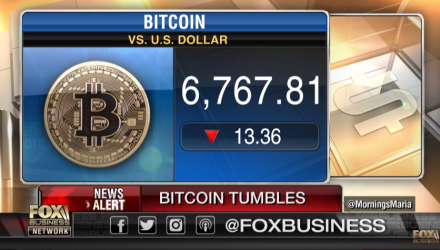 Coinrail, a South Korean cryptocurrency exchange, tweeted over the weekend that it had suffered from a “cyber intrusion.” The crypto exchange reported that roughly 30% of its virtual currencies, amounting as much as $40 million in cryptocurrencies, was stolen by cyberthieves. The remaining 70% of Coinrail’s assets were moved to a “cold wallet,” an offline means of coin storage often used as a security precaution.

Following news of the hack, bitcoin prices fell more than 10%, hitting a low of $6,652.02 as of Monday, according to CoinDesk. Other major cryptocurrencies also suffered price declines over the weekend. Ethereum, the second largest cryptocurrency by market cap, experienced a price drop from $586.45 to $514.94 on Sunday. Ethereum was trading at $520 on Monday afternoon.

Coinrail’s breach adds to growing concerns regarding the susceptibility to intrusion of cryptocurrencies, as a number of hacks have been made over recent months. In December, over $64 million in bitcoin was stolen from mining marketplace NiceHash, as reported by The Guardian. In July 2017, $32 million in ether tokens were taken by hackers who exploited a vulnerability within Ethereum client Parity’s multisignature wallet code.