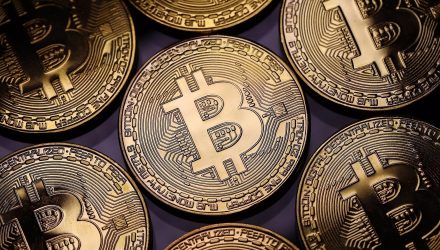 After surging in April, bitcoin, the largest digital currency by market capitalization, is struggling in May. The cryptocurrency’s recent slide has it in the vicinity of some key price levels, that if violated, could trigger a wave of selling pressure.

At this writing Wednesday, bitcoin resides around $8,300 with a market value of $141.40 billion. That is a stark decline in a short amount of time. Less than two weeks ago, bitcoin was trading over $9,300, prompting speculation a return to $10,000 was in the cards.

“Bitcoin rise started in mid-April pauses, the pair is decreasing, trading below 8500 and heading along the 8100 range,” reports FXStreet. “Bitcoin bearish pattern started in March 2018 strengthens. The pair is contained between hourly support and resistance given at 6306 (13/11/2017 low) and 10232 (01/02/2018 high). The technical structure suggests further short-term decrease.”

Conversely, some bitcoin bulls believe the cryptocurrency can return to $20,000 or even move to $25,000 as soon as later this year.

Some market observers are concerned that declines for the cryptocurrency could reinvigorate bearish traders, particularly if bitcoin posts several closes below the $8,000 area. After bitcoin, the largest cryptocurrencies are Ethereum, Ripple, Bitcoin Cash and EOS.

“In the long-term, the digital currency has had an exponential growth but also presented important downturns. There is decent likelihood that the currency could stabilize between 7’000 – 12’000 in 2018. Bitcoin is trading below its 200 DMA (8500 range),” according to FXStreet.