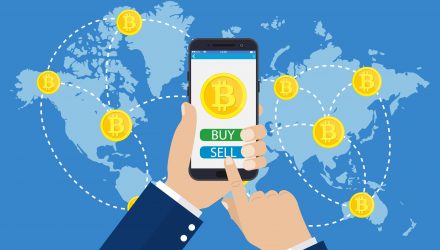 Bitcoin’s recent price surge has taken the dominant cryptocurrency back above the $8,000 level, prompting some crypto market analysts to speculate that the next major hurdle to climb for bitcoin is $10,000.

As of this writing, bitcoin is trading above $8,100 with a market value just north of $140 billion. Increasing interest from investment giant BlackRock could be fueling speculation as the world’s largest asset manager ($6.3 trillion in assets under management) is assembling a team tasked with finding opportunities within the cryptocurrency space.

Additionally, perceived momentum for the approval of a bitcoin-related exchange traded fund in the U.S. is pushing the largest digital currency higher.

“Bitcoin has led the bull run and has exceeded $8,000. This is the first real increase since the beginning of 2018 and the first time that BTC’s value has gone above $8,000 in the last two months. Bitcoin enthusiasts, analysts, as well as the hedge fund manager and billionaire, Mike Novogratz, claim that the next big milestone for BTC is $10,000,” according to Global Coin Report.