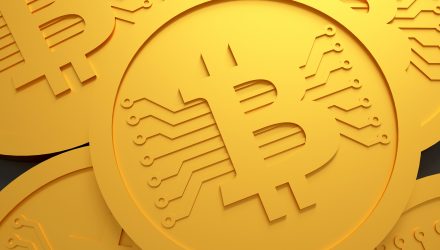 Bitcoin ETFs Have Critics, Too

According to the SEC, “the Commission, pursuant to Section 19(b)(2) of the Act designates September 30, 2018, as the date by which the Commission shall either approve or disapprove, or institute proceedings to determine whether to disapprove, the proposed rule change.”

It is easy to look at bitcoin’s price reactions to what has consistently been negative news on the ETF approval front and assume that cryptocurrency supporters also support ETFs tied to the crypto space. However, there are some digital currency supporters that are not fans of bitcoin ETFs and they are making their voices heard. Andreas Antonopoulos is one example.

“’Your keys – your Bitcoin; not your keys – not your Bitcoin,’ he summarized about privacy and control compromises ETFs would mean for investors,” reports Bitcoinist.

While not a fan of bitcoin ETFs, Antonopoluos sees the product becoming a reality at some point, though significant regulatory hurdles remain.

In June, ETF issuer VanEck and SolidX, a fintech company engaged in the bitcoin ecosystem, revealed plans for the VanEck SolidX Bitcoin Trust ETF (XBTC). That fund is targeted at institutional investors as it would debut with a share price of $200,000. That product would track an index linked to a group of bitcoin trading desks, possibly allaying some of the SEC’s prior concerns about funds linked to physical bitcoin.