You are at:Home»Alternative ETFs»Bitcoin Get Closer to $9,000, On Pace For Best Month Since 2017 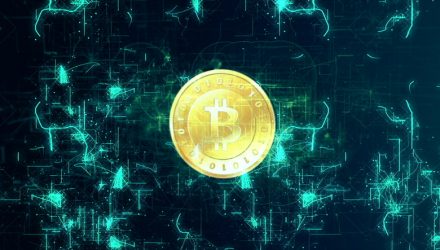 Bitcoin, the largest digital currency by market capitalization, is creeping towards $9,000 and is on pace for its best monthly performance since 2017. That despite continued delays on the fate of bitcoin exchange traded funds.

“The first digital coin has gained nearly 8% in recent 24 hours amid keen buying interest,” reports FX Street. “While the coin is vulnerable to the downside correction on approach to critical $9,000, a sustainable move higher will unleash a vast bullish potential.”

Bitcoin’s rally comes as more than two-thirds of high-net-worth individuals will be invested in cryptocurrencies in the next three years, reveals a new global poll.

Carried out by deVere Group, one of the world’s largest independent financial advisory organizations, the survey shows that 68 per cent of poll participants are now already invested in or will make investments in cryptocurrencies, such as Bitcoin, Ethereum and XRP, before the end of 2022.

“One of the main factors supporting the 11 percent rally of bitcoin may have been the liquidation of hundreds of millions of dollars worth of short contracts on BitMEX, the most widely utilized crypto margin trading platform,” reports CCN. “As the bitcoin price initially climbed above $8,500, it liquidated many short contracts filed by bears anticipating BTC to drop in an expected pullback.”