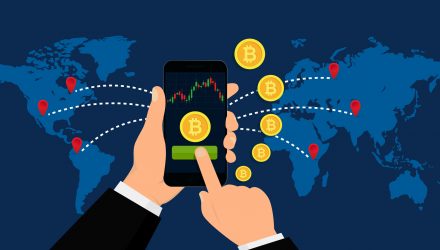 Bitcoin Can Rally Into Year-End, But There’s a Ceiling

Bitcoin, the largest digital currency by market capitalization, perked up a bit Friday to traverse the $6,500 level. Some market observers believe bitcoin can rally into the end of the year, but there is a price area where that rally could fizzle.

“There should be a steady recovery in the number of unique users as well as transaction volumes on the Bitcoin network over coming months – helping Bitcoin prices reach around $8,500 by the end of the year,” according to Trefis.

Much attention is paid to cryptocurrencies on a technical basis, but fundamentals should not be overlooked.

“Like the price for anything, Bitcoin’s fundamental price depends primarily on demand and supply. Demand for Bitcoin is primarily driven by two factors: the number of active users, and how much they transact. On the supply side, the number of available Bitcoins is capped, and about 80% of the capped number is already mined. As such, it is sensible to focus on the demand, both in terms of users and transaction volumes,” notes Trefis.