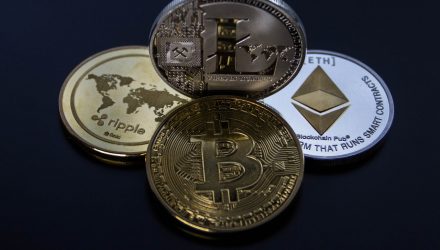 Bitcoin, the largest digital currency by market value was trading at more than $9,100 on Wednesday morning, coming off a stellar April in which it gained more than 30%. However, it’s not been not enough to keep some bearish traders at bay.

Despite bitcoin’s rally Tuesday to start the month of May, some market observers are concerned that declines for the cryptocurrency could reinvigorate bearish traders, particularly if bitcoin posts several closes below the $8,800 area.

What Some Bitcoin Traders Think

“Since 20th April, when BTC/USD price managed to jump back above the long-running ascending trend line. Movement and further progress to the upside has slowed down largely since this breach. The bulls have struggled to break down firm resistance seen ahead,” reports FX Street.

Some cryptocurrency market observers believe that if bitcoin can make it back to $10,000, rallies fromt there could be significant. However, bitcoin is struggling just to hold the $9,000 area.

“BTC/USD has been cut short from making progress, as there are challenging barriers ahead causing some real problems for the bulls,” according to FX Street. “Tracking heading into the psychological $10,000 mark can see the 200DMA, which has prevented further upside on two occasions within recent trading, on 24th and 25th April.  Resistance in proximity to current price level is the 61.8% Fibonacci, this has also been preventing another break higher. Support is tracking at $8,800, a very key level for now.”