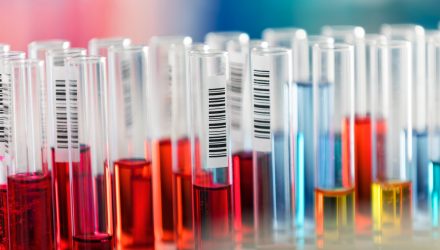 IBB, which holds nearly 190 stocks and is a cap-weighted ETF, has a price-to-earnings ratio of just over 21 and a price-to-book ratio of 4.92. The ETF’s three-year standard deviation is just over 25 percent. Amgen, Gilead and the other large biotechnology companies are major parts of IBB’s lineup while XBI leans toward smaller firms.

“The market will be favorable for biotech companies, at least in the short-term, with tax repatriation a tailwind that could stimulate a more positive view for both large and small companies, Jefferies analyst Michael Yee wrote in a note. Gilead and Amgen both hold more than $20 billion outside of the U.S., so the ability to employ that capital in a domestic setting via mergers and acquisitions, dividends and repurchases is a ‘win-win for large and small biotech,’” according to Bloomberg.