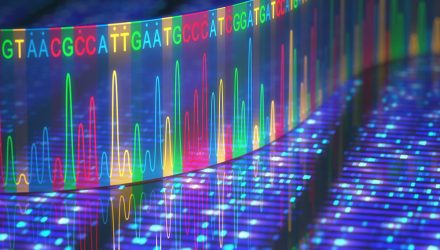 The iShares Nasdaq Biotechnology ETF (NASDAQGM: IBB), the largest biotechnology exchange traded fund by assets, and its equal-weight rival, the SPDR S&P Biotech ETF (NYSEArca: XBI) have been soaring in recent days and that momentum could prove durable for the remainder of 2017.

In August, IBB gained more than 5% while XBI flirted with gains of nearly 9%. There are other catalysts to consider, including that the U.S. economy moving into the late-cycle phase, overall growth may slow and signs of an economic slowdown could pop up. Consequently, investors may also turn to defensive sectors that are less economically sensitive, such as health care

“M&A activity has been deader than a doorknob since early February in this sector of the market. However, drug and biotech giants still have an urgent need to replenish their pipelines. They also have the free cash flow and balance sheets to be aggressive acquirers should they decide to pull the trigger,” according to a Seeking Alpha analysis of the biotechnology space.

“I think many industry giants have been waiting on the sidelines to see what if any tax reform could get implemented by this administration. They are especially focused on whether any sort of ‘tax holiday’ could be included which could free up hundreds of billions of dollars held overseas to fuel the next M&A wave. By the fourth quarter of the year, we should have clarity around these details or whether anything has a chance of passage at all,” according to Seeking Alpha.