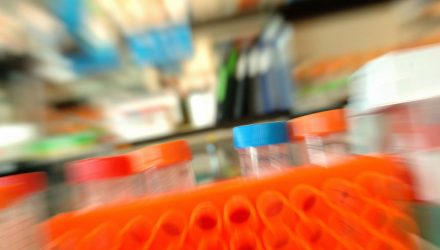 Biotech ETF Investing is Starting to Look Good – Here’s Why

The SPDR S&P Biotech ETF (NYSEArca: XBI), one of the largest biotechnology exchange traded funds, is getting in on the sector’s resurgence. XBI, an equal-weight fund, is up about 7% over the past week, bringing its year-to-date gain to over 36%.

“The relative strength ratio of XBI:$SPX reached its lowest point in March 2016. This ratio has been steadily trending higher ever since. The ratio has made a series of higher highs and higher lows for over a year now,” according to a Seeking Alpha analysis of XBI. “You can see that the weekly moving averages are in bullish alignment, meaning that both moving averages are sloping upwards and that the shorter-term moving average (13 weeks) is above the longer-term moving average (34 weeks). That alignment represents a strong technical picture, indicating that the trend of outperformance has a high probability of continuing.”

There are other catalysts to consider, including that the U.S. economy moving into the late-cycle phase, overall growth may slow and signs of an economic slowdown could pop up. Consequently, investors may also turn to defensive sectors that are less economically sensitive, such as health care

“The monthly moving averages and weekly moving averages are in bullish alignment, indicating that the probability of the uptrend continuing is strong. Many companies in the index are still selling for fair valuations based on forward earnings projections. The outperformance of XBI to the S&P 500 index also shows strength with a series of higher highs and higher lows in the ratio,” adds Seeking Alpha.