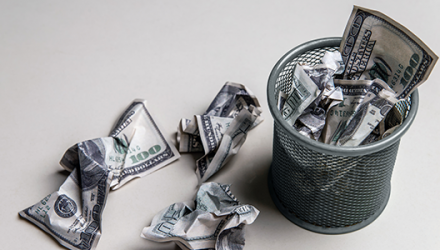 Own physical things instead of cash. That’s the high-level advice Elon Musk has for those seeking advice on where to store their wealth when inflation is running rampant.

The Tesla chief was tweeting in response to MicroStrategy CEO Michael Saylor’s prediction that inflation would persist at 40-year highs, and that investors’ flight from “cash, debt, & value stocks to scarce property like #bitcoin will intensify.”

Musk seemed to agree, saying that “it is generally better to own physical things like a home or stock in companies you think make good products, than dollars when inflation is high.”

He added: “I still own & won’t sell my Bitcoin, Ethereum or Doge.”

It’s an interesting comment considering that Musk, who welcomed his second child this month with musician girlfriend Grimes, has sold all seven of his California residences for a reported $128 million and currently rents here in Texas.

And no, Bitcoin, Ethereum, Dogecoin and other digital assets are not “physical things.” But to Michael Saylor’s point, they are private property (unlike fiat currency), and they are scarce (like gold). Bitcoin supply is capped at 21 million, while no new Ether tokens are being produced.

And did you know that the Ethereum network moved a greater value of transactions than either Visa or Bitcoin in 2021? Some $11.6 trillion were settled on the network last year compared to $10.4 trillion for Visa and $4.6 trillion for Bitcoin, according to the Ethereum Foundation’s Josh Stark. Nevertheless, Musk’s advice is sound. The value of cash is disappearing at an annual inflation rate of 7.9% right now, though I believe that number to be much higher. Savings accounts are earning a measly 0.06% on average. Bond yields are underwater.

Whole countries, in fact, are dumping U.S. dollars from their forex reserves. Though de-dollarization has been happening for the past few years in places like Russia and China, I expect to see it accelerate following the former country’s invasion of Ukraine and the imposition of tough financial sanctions. This ought to benefit the Chinese yuan, whose profile was elevated last week on reports that Saudi Arabia is considering pricing its oil sales to China in the currency.

Homes And Used Vehicles Have Skyrocketed In Value

Meanwhile, U.S. home prices are up about 20% from a year ago, as measured by the S&P/Case-Shiller Home Price Index. The median cost of a single-family home is now north of $400,000 for the first time ever. The Wall Street Journal reports that homeowners earned more from their residences than their jobs last year.

As a comparison, renters in the U.S. saw their housing costs go up a whopping 17.5% during the 12 months ended February 2022, according to Dwellsy data. My guess is Elon Musk, the wealthiest person on earth, isn’t bothered by this increase.

Used vehicle prices have also continued to climb as the ongoing semiconductor chip shortage slows the production of new cars and trucks. In February, preowned vehicle prices rose 41% compared to the same month last year, according to the Bureau of Labor Statistics.

Unless we’re talking about highly collectible classic cars, used vehicles in general have rarely been regarded as stores of value, but such is the topsy-turvy nature of today’s economy. One Twitter user, Bloom Institute of Technology’s Austen Allred, even shared his belief that he could sell his 2019 Tesla Model 3 for “several thousand dollars more” than he bought it for, despite putting more than 20,000 miles on it. “I’m having a hard time wrapping my head around the current market,” he said.

Musk stresses buying stocks of companies that you believe make good products. I agree, but I wouldn’t forget about companies that also provide good services.

This is why we like commercial airlines, which are seeing a strong recovery as we near the busy summer travel season. Delta Air Lines CEO Ed Bastian said this week that he believes “the Covid era is over” as far as travel demand goes, and indeed, the daily number of passengers in the U.S. is steadily ticking up, according to data provided by the Transportation Security Administration (TSA). The carrier said it would be giving most of its employees a 4% pay raise, the first such raise since before the pandemic, after it reported having its two busiest sales days last week in its nearly 100-year history.

On a final note, some investors may be wondering how this year’s rate hikes might impact their holdings. I’ve already shown that gold prices have historically performed well after the first hike in a new tightening cycle.

The same goes for stocks. That’s according to LPL Research, which looked at the S&P 500’s three-month, six-month and 12-month returns following the first rate hike of every tightening cycle going back to 1983. What the firm found is that stocks have been up on average—0.7% for the three-month period, 6.1% for the six-month period and 9.2% for the 12-month period.

It’s important to remember that rates are hiked to combat inflation, which ordinarily (but not always) corresponds with stronger economic activity. These have been good times to invest for growth.

Piper Sandler seconds this. In a report last week, the investment bank said that it believes we’re moving into the growth phase of the market cycle as we put the worst of the pandemic behind us.

So what should value investors do? According to Piper Sandler, they should be as “growthy” as possible, focusing on companies that demonstrate growth at a reasonable price (GARP). That means an emphasis on factors such as realized earnings growth, low sales variance, return on equity and momentum in earnings. “Whether you’re in growth, value, or anything in between, these are the factors we believe are poised to outperform in this Phase 4 we call Growth,” the bank writes.

We believe gold is highly undervalued right now, but where is its price headed? Find out by watching our latest video here!

The S&P 500 Stock Index is a widely recognized capitalization-weighted index of 500 common stock prices in U.S. companies. The S&P CoreLogic Case-Shiller National Home Price Index measures the changes in the sale prices of single-family homes across the U.S. It does this by tracking the purchase prices and resale prices of homes that have undergone a minimum of two arm’s-length transactions.

Holdings may change daily. Holdings are reported as of the most recent quarter-end. The following securities mentioned in the article were held by one or more accounts managed by U.S. Global Investors as of (12/31/2021): Delta Air Lines, Tesla Inc., Visa Inc.