You are at:Home»Video»Bill Gates: My Greatest Business Weakness 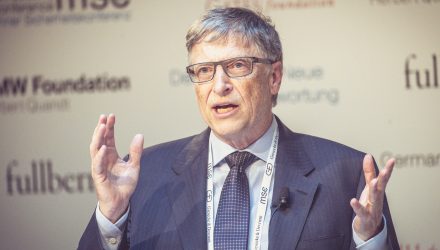 Bill Gates, billionaire philanthropist and co-founder of Microsoft, appeared at a Q&A last month in New York City and was asked by an audience member about his weaknesses throughout his career.

Gates said that his greatest weakness has always been about “dealing with the hiring issues, the management issues,” adding that, “I always have to get other people to come in and help out… build up the team.”

Gates mentioned that he considers any area that he’s not passionate about as a weakness. “Even areas like sales and accounting that weren’t as exciting to me as the engineering pieces. If it’s not exciting to you, you’re probably not going to be as good at it, and so we brought a ton of people in on those things.”

In the eyes of Elon Musk, that very weakness may be viewed as a strength. According to Musk, founder and CEO of SpaceX and Tesla, both Bill Gates and Steve Jobs were extremely successful because of their “ability to attract and motivate great people… because a company is just a group of people that are assembled to create a product or service.” Musk added that, “if you’re able to get great people to join the company and work together towards a common goal, then you will end up with a great product.”