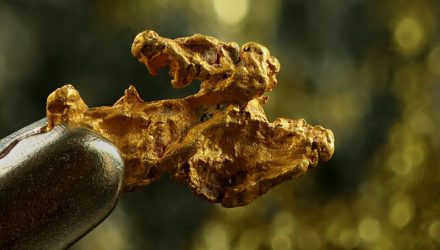 Big Moves Could be in Store for Gold Miners ETFs

The VanEck Vectors Gold Miners ETF (NYSEArca: GDX) is up more than 2% over the past week and that could be a sign that the benchmark gold miners exchange traded fund is setting up for a significant move higher.

“The significant increase in Large Spec long positions this past week in gold and silver from a very low level might be cause of concern to some, since it of course increases the risk of a reaction in these metals, but there is another much more positive way of looking at it, which is that, in the face of a continued albeit incremental rise in the prices of gold and silver, the Large Specs have suddenly realized their mistake in bailing out over the past couple of months, and are scrambling to get back on board,” reports ETF Daily News.

Data suggest that over the past month, aggressive traders have been flocking to JNUG and NUGT as both leveraged miners ETFs are averaging big inflows on a daily basis over that period.