You are at:Home»Big Ideas Channel»Pets a Big Boon in Pandemic as Pet Care Industry Thrives 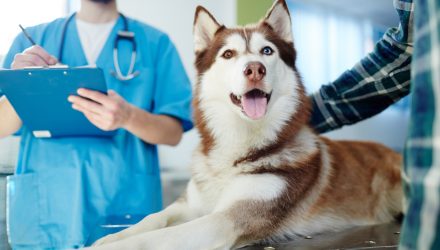 The COVID-19 pandemic caused widespread economic shutdown beginning last year as millions of people were forced to work from home. Out of the isolation came big boosts in pet ownership and adoption globally as loneliness had people seeking the comfort of animals in the midst of lockdowns, reported Research and Markets.

Globally, the pet care industry is estimated to have a value in sales of $148 billion by 2025 as pet owners push for better care and higher quality of food for their animal companions. The entire pet care industry was one of the few that experienced positive growth in 2020, and it continues to show promising continued growth in the first two quarters of 2021.

On the animal healthcare side of things, increasing options for diagnostic testing and services have given rise to companies such as Idexx Laboratories, which offers in-office testing kits to veterinarians and continues to be forward-looking.

Idexx looks to stay on the leading edge of its industry, spending more in research and development in the last five years than all of its combined competitors. The company continues to provide options for diagnostics as owners seek to provide levels of healthcare comparable to their own, which includes greater varieties of testing in higher numbers.

The Putnam Focused Large Cap Growth ETF (PGRO) is an actively managed, non-diversified fund that focuses on large, growth-oriented U.S. companies that profit in the midst of recovery and a growing economy, and it invests along twelve different growth themes.

One of the growth themes, the humanization of pets, recognizes the increasing importance animals have as members of the household, reflected in their quality of care. Idexx Laboratories (IDXX) falls within this theme and has posted double digit earnings recently, with testing kits, components, and supplies generating recurring revenue for the company as pet ownership continues to grow and owners increasingly demand higher levels of care and better options for their pet companions. As of the end of June, IDXX was carried at 2.08% weight.