You are at:Home»Big Ideas Channel»Latest Climate Change Science Is as Ominous as Ever 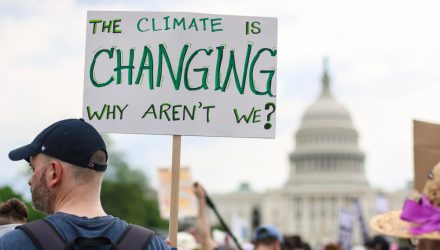 Latest Climate Change Science Is as Ominous as Ever

The latest report by the Intergovernmental Panel on Climate Change drew light on the urgency that is needed for curbing emissions globally. The conclusion of irreversible effects in some areas already is concerning enough, but the overall message is that immediate and major changes need to be enacted to prevent any further irreversible effects.

The report was conducted by over 195 governments and is the first major update on the climate crisis since 2013. It comes in advance of the climate change summit that is set for November of this year in Glasgow, Scotland, and is a stunning call to action for economies the world over.

Contributions of all greenhouse gases and how they would reflect on warming temperatures were gauged. The Paris Agreement of 2015 was a treaty by close to 200 countries to curb emissions to reflect only a 2-degree Celsius change maximum, as seen in the first two models, but with an ultimate goal to curb warming to only 1.5 degrees Celsius, as reflected in SSP 1-1.9.

The report concluded that some effects of global warming may very well already be irreversible, such as rising sea levels and melting ice caps, but with immediate action, some of the other effects could be mitigated if changes are enacted now.

Putnam approaches investing with a mind toward stewardship, as seen in its interactivity with executives in the companies the firm invests in. Through dialogue and measured check-ins, Putnam is working with the companies of today to both encourage and reinforce sustainable practices, leading to reduced emissions and a livable future.

PLDR invests larger percentages of its portfolio in fewer stocks, and the companies invested in by PLDR exhibit creative, proactive leadership in the sustainability issues that create long-term success, both for the companies themselves and their communities as a whole.

As a semi-transparent fund using the Fidelity model, PLDR does not disclose its current holdings daily. Instead, it publishes a tracking basket of previously disclosed holdings, liquid ETFs that mirror the portfolio’s investment strategy, and cash and cash equivalents. The tracking portfolio is designed to track the actual fund portfolio’s overall performance closely, and actual portfolio reports are released monthly.