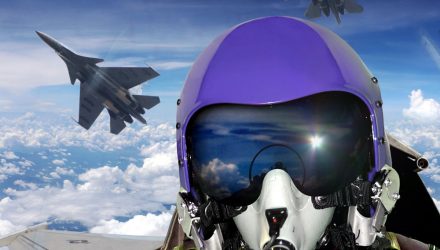 Several aerospace and defense exchange traded funds raced to record highs Monday following reports that Northrop Grumman Corp. agreed to buy Orbital ATK Inc. for $7.8 billion, but there are more catalysts ahead for these ETFs, which are already among this year’s best-performing industry funds.

The iShares U.S. Aerospace & Defense ETF (BATS: ITA), the largest fund in the group, is surging this year and hit a record high Monday. ITA is a cap-weighted ETF, meaning it has larger weights to big-name defense stocks, including Dow components Boeing (NYSE: BA) and United Technologies (NYSE: UTX). Aerospace and defense stocks are part of the broader industrial sector and have been important drivers of the sector’s performance over the past year. In fact, aerospace and defense names have been industrial leaders.

XAR also joined ITA in Monday’s all-time high club. PPA, which is up almost 20% year-to-date, resides within pennies of a record high.