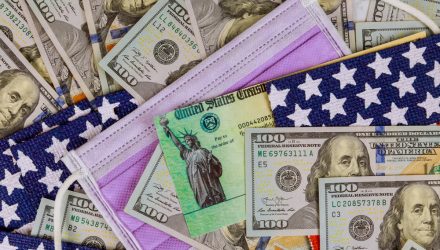 A prevailing thought around election time is whether or not the market will see significant shifts, depending on the outcome. There’s also a matter of how this continues to factor into uncertainty, let alone what benefits come from making stimulus-related decisions before or after the election. That in mind, during CNBC’s “Halftime Report,” there were some specific opinions in regards to what a Biden win could mean for investors.

According to Stephen Weiss, CIO and Managing Partner of Short Hills Capital Partners LLC, while the message has largely been that stimulus is more than likely not going to come before the election, it would amount to being an added bonus if it came sooner. However, whatever happens, it will come after the election either way, which means there is a willingness to be patient.

Part of that comes from the thought, “Where else are you going to go.” Based on what’s happening, equities continue to be the place to be. Contending with this, there’s a struggle from a political standpoint, where Republicans do not want to be seen as holding things up, while the Democrats are arguing for more. What needs to happen is a push for these sides to meet the challenges laid before them.

All of that being said, as Weiss states, “I continue to be optimistic about a stimulus plan. All we need is the continued positive messaging to give the market that added push.”

Also on the panel is Jenny Harrington, CEO of Gilman Hill Asset Management, who agrees with Weiss. Regardless of the stimulus-based outcome, positive messaging is important. Regardless of whatever distractions there are, what the market’s pricing in is how between now and next January, there will be a big stimulus package to deal with, and that’s ultimately matters, as opposed to precise timing.

Jumping over to Michael Farr, President and CEO of Farr, Miller & Washington LLC, who has more to say about the tech response, he doesn’t feel there’s a rotation away from it when it comes to the lack of agreement. “It’s not coming at the expense of tech,” states Farr, “We’re getting a bid in some of the more cyclical areas.” Value stocks are good, things are broadening out, and the implications are wonderful.

Compared to an expectation that stocks would be down, given Democrat Joe Biden’s jump in the polls, while President Trump was hospitalized and sidelined from campaigning, Wall Street could have easily seen the proposed tax package as a disaster. Instead, Wall Street is saying they aren’t concerned about the Biden proposals. Shares are actually going up, and with a broadening rally, it’s encouraging for investors.