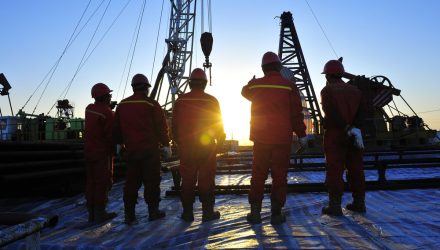 The OIH ETF: A Titan of the Booming Oil Industry

Buoyed by the obvious catalyst of rising oil prices, the S&P 500 Energy Index is on scorching pace in 2021.

Proving tight correlations to crude prices are a positive trait when those prices are rising, the VanEck Vectors Oil Services ETF (NYSEArca: OIH) is joining the party with a year-to-date gain of 35%.

Investors are joining the party, too, and doing so in dramatic fashion. While recent oil price action is volatile, there’s no denying that investors are allocating capital to energy exchange traded funds at breakneck speed.

“Almost $18 billion has poured into U.S. energy-stocks ETFs so far in 2021, more than in any of the previous 10 years and nearly triple the amount seen in the first half of 2020, according to data compiled by Bloomberg. Over 60% of this year’s inflow has been invested in funds that are heavily focused on fossil fuel companies,” reports Gerson Freitas, Jr. for Bloomberg. 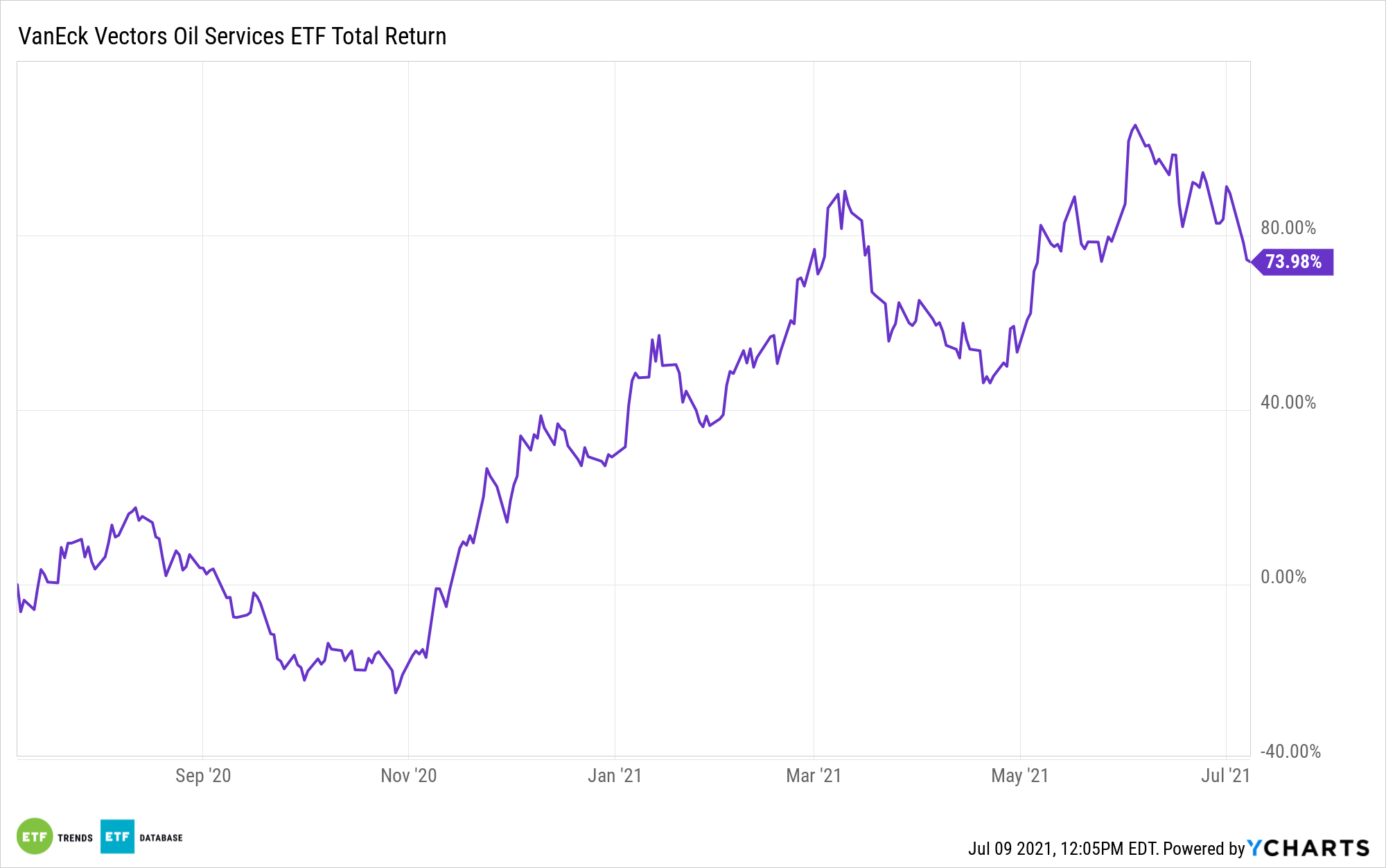 As noted above, oil services stocks are historically tightly correlated to oil prices in both directions, up and down. The VanEck fund has been positively overwhelmed by new inflows.

Assume for a moment that as of July 7, the aforementioned $18 billion that’s poured into energy ETFs this year remains accurate. That means that alone, OIH accounted for more than 10% of those flows with $1.87 billion. Putting that $1.87 billion figure into perspective, OIH had $2.8 billion in assets under management as of July 6, according to issuer data.

Not surprisingly, flows trends like that emerge when ETF holdings are soaring.

Many OIH components are doing just that. Schlumberger (NYSE: SLB), the world’s largest oilfield services provider and OIH’s biggest holding, is up 40.54% year-to-date. Once downtrodden Transocean (NYSE: RIG), OIH’s number five holding, is up a stellar 95% this year. Helmerich & Payne (NYSE: HP), another top 10 holding, is higher by 34.37%.

While oil prices have been turbulent in recent days owing to the Organization of Petroleum Exporting Countries and the “plus” nations’ inability to reach an output increase agreement, crude oil prices could be boosted by limited supply.

“Oil has jumped more than 50% this year as demand is rebounding faster than OPEC+ adds supplies, while U.S. production has remained steady. This week the cartel was unable to reach an agreement on bringing back curtailed output, further tightening the market,” according to Bloomberg.