You are at:Home»Beyond Basic Beta Channel»Taking Stock of the BUZZ ETF Nearly 6 Months Since Its Inception 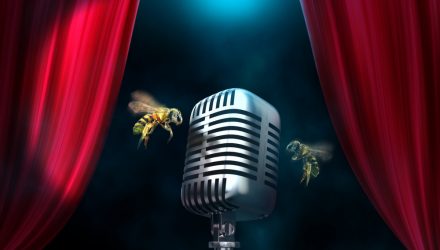 Since coming to market in March, the VanEck Vectors Social Sentiment ETF (BUZZ) has generated plenty of, well, buzz.

Recently, some of the hoopla surrounding the exchange traded fund stemmed from its exposure to Virgin Galactic (NYSE: SPCE), the space exploration stock that rallied in advance of billionaire Richard Branson’s space flight earlier this month.

However, Virgin Galactic rapidly came back to earth, tumbling 38.62 percent last week. A one-week decline like that underscores the risks associated with many of the so-called meme stocks. It also highlights the advantages of the BUZZ approach.

While social sentiment is a vital component in the methodology of the BUZZ NextGen AI US Sentiment Leaders Index (BUZZTR) – BUZZ’s underlying index – that doesn’t mean the VanEck ETF is littered with meme stocks or fundamentally flawed companies.

During its June and July Index rebalance (June 10th 2021 – July 8th 2021), BUZZ generated significant upside, as nearly half the index components traded higher over that period. Additionally, BUZZ offers exposure to some crypto-linked equities poised to benefit when Bitcoin bounces back. Those holdings include MicroStrategy (NASDAQ: MSTR) and Square (NYSE:SQ). In fact, MicroStrategy is the first dedicated crypto stock on the BUZZ roster.

“While many traditional market prognosticators regarded crypto currencies as a bubble, over the past year, the narrative has shifted as many publicly traded companies have been actively investing in the cryptocurrency and blockchain space,” according to VanEck research.

BUZZ may be a credible alternative for investors looking to avoid stock-picking. In addition to Virgin Galactic, the ETF holds AMC Entertainment (NYSE: AMC) and GameStop (NYSE: GME), among others.

“AMC rallied from $2.50 to as high as $20 in January, before pulling back for several months along with other highly followed meme stocks. In May, amid a resurgence of interest, AMC took the lead from GME, captivating the attention of social media communities, leading to a surge in its value by over five-fold in just two weeks amidst surging sentiment and record-breaking trading volume,” adds VanEck.

However, BUZZ augments some of the risk associated with wallstreetbets names by holding an assortment of high-quality stocks, including Apple (NASDAQ: AAPL), Amazon (NASDAQ: AMZN), Nvidia (NASDAQ: NVDA), and Facebook (NASDAQ: FB).

More than half the fund’s 75 holdings hail from the technology and consumer discretionary sectors.