You are at:Home»Beyond Basic Beta Channel»Rare Earth Metals and the Quest for Renewable Energy 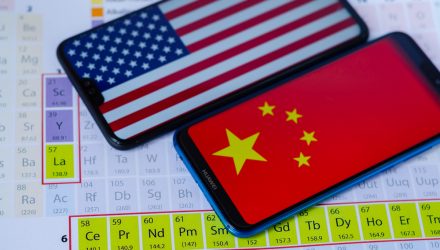 Rare Earth Metals and the Quest for Renewable Energy

Clean energy products like solar panels and wind turbines may be easy to spot, but investors aren’t always thinking about what’s inside.

There is opportunity to be had with producers of the materials that power clean energy technologies. Enter the VanEck Vectors Rare Earth/Strategic Metals ETF (REMX). REMX, the original and still only exchange traded fund dedicated to rare earths equities, is almost 11 years old.

In its decade-plus on the market, REMX has become known as the go-to destination for equity exposure to companies producing materials needed to make popular everyday products, such as hybrid vehicles and smartphones, as well as some military weaponry. However, the VanEck ETF is also a credible play on the race to carbon neutrality.

“Because of the transition to low-carbon technologies, demand for rare earths is expected to shoot up. More and more, rare earth metals are being used in sustainable energy applications such as wind power generation and electric vehicles, via permanent magnets containing the metals,” according to BNP Paribas research.

“China is by far the leading producer of rare earth metals, producing over six times more than the runner-up Australia. It is also the leading consumer and the owner of the largest store of reserves,” adds BNP Paribas.

“Against this backdrop, some countries have sought to reduce their dependence on Chinese supplies. A mining site in West Texas could offer the US a 130-year supply of 15 of the 17 rare earth elements. Japan has invested in an Australian site with significant deposits,” notes BNP Paribas.

Australian and U.S. stocks combine for about 42.5% of REMX’s weight.

Furthermore, the electric vehicle industry – currently a marquee end market for rare earths – is using so much of these materials that it is heavily pushing for alternatives.

“The shift to a clean energy system is set to drive a huge increase in the requirements for these minerals, meaning that the energy sector is emerging as a major force in mineral markets,” according to the International Energy Agency.