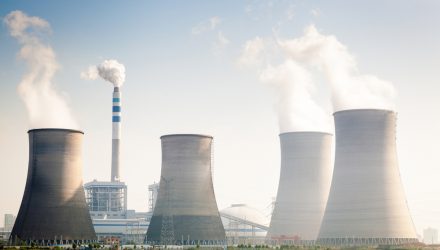 With uranium prices soaring and more experts believing that nuclear power is a key part of the clean energy conversation, NLR is poised to shed its overlooked status, as indicated by a 5.32% gain over the past month that has the exchange traded fund flirting with record highs.

NLR follows the MVIS Global Uranium & Nuclear Energy Index. Despite having just 24 holdings, NLR reaches deep into the uranium ecosystem due to its index’s methodology.

The index focuses on companies engaged in “(i) uranium mining or uranium mining projects that have the potential, in MV Index Solutions GmbH’s (the “Index Provider”) view, when such projects are developed are expected to generate at least 50% of a company’s revenues or are expected to constitute at least 50% of such company’s assets; (ii) the construction, engineering and maintenance of nuclear power facilities and nuclear reactors; (iii) the production of electricity from nuclear sources; or (iv) providing equipment, technology and/or services to the nuclear power industry,” according to VanEck. 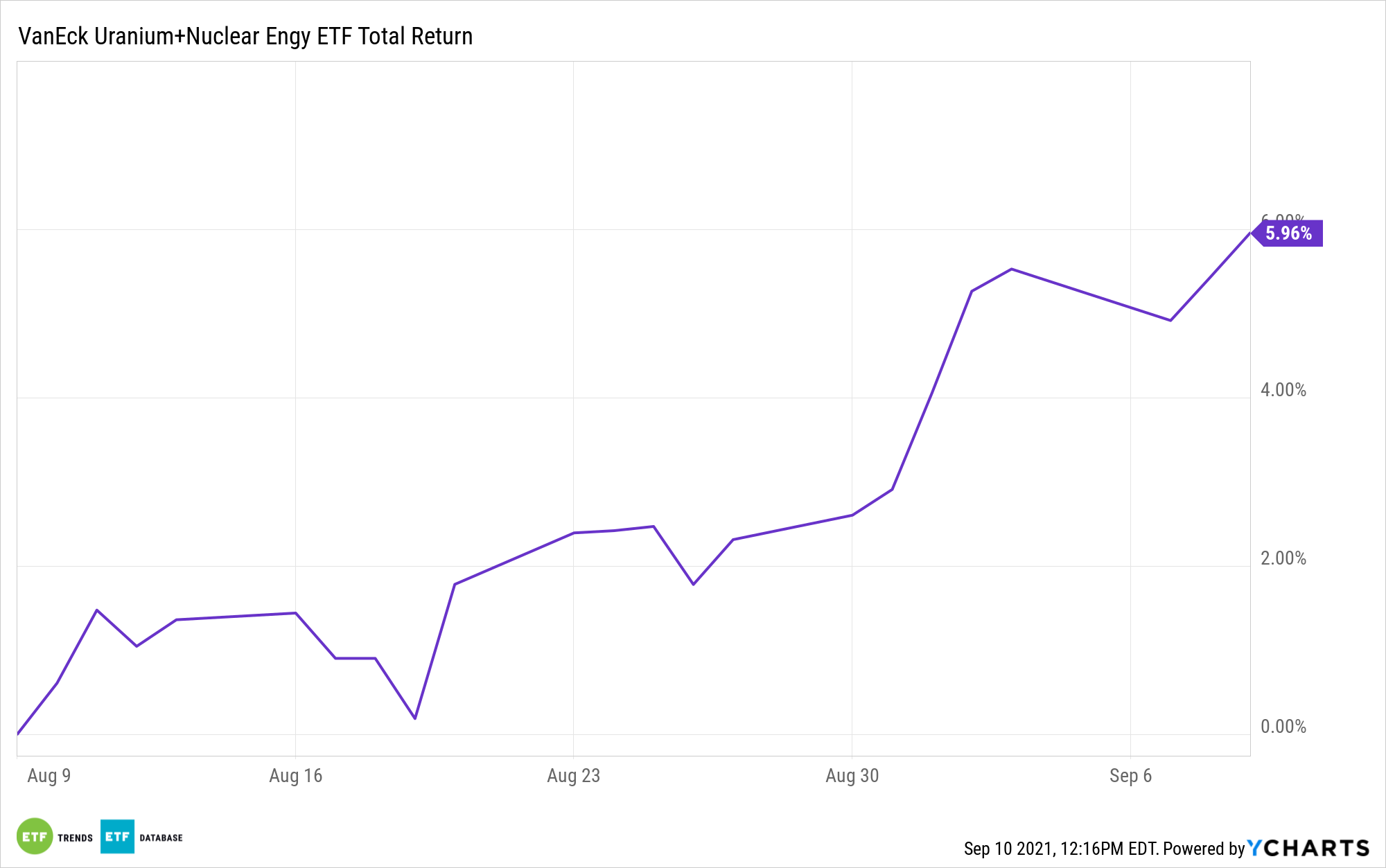 In many regards, NLR is a testament to an issuer sticking by an ETF and not pulling the plug simply because the underlying thesis falls out of favor.

“The World Nuclear Association said the globe’s roughly 440 nuclear reactors require some 79,500 metric tons of uranium oxide concentrate each year and in a 2019 report, it forecast a 26% increase in uranium demand from 2020 to 2030,” reports Myra Saefong for Barron’s.

A positive for NLR is that demand for uranium is soaring even as prices for the material reside at six-year highs. The fund’s components must derive at least half of sales from the nuclear power industry to be included in the underlying index.

About two-thirds of NLR components are U.S. or Japanese equities. The weighted average market capitalization of those holdings is $28.3 billion, according to issuer data.