You are at:Home»Beyond Basic Beta Channel»More Hawkish Fed – How Would EM React? 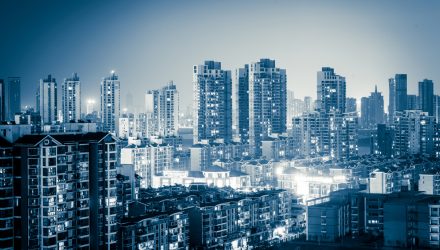 The question of the day is how EM central banks – and EM assets – would react to the more hawkish U.S. Federal Reserve. Past experience is encouraging, but tight EM spreads and negative real policy rates are a source of concern.

Global rates moved higher after the U.S. Federal Reserve’s minutes confirmed a hawkish stance, raising a possibility of faster policy normalization. As of this morning, the Fed Funds Futures price in a 75% probability of the first hike in March, followed by at least two more in the course of the year. Emerging markets (EM) fixed income performed well during the past two tightening cycles in the U.S. However, a sharp increase in U.S. real rates (see chart below) is a major near-term risk – especially against the backdrop of tight sovereign and corporate spreads in EM.

One big question right now is whether EM central banks can decouple from the Fed in the current tightening cycle? Many of them frontloaded rate hikes in 2021 in response to rapidly rising inflation, and the consensus view is that EM rate hikes either peaked in Q4-21 or will peak in Q1-22. Nominal policy rates are already above the pre-COVID level in EMEA and LATAM – the problem is that real policy rates are still very negative in many countries (even when adjusted by expected inflation), and this might necessitate longer tightening cycles in EM if inflation pressures prove more persistent.

As regards near-term inflation pressures, we keep a close eye on the developments in Kazakhstan, which is a major producer and exporter of oil and gas. The country is going through a major bout of political instability, with wide-spread social protests that turned violent and culminated in a 2-week state of emergency. The Kazakh government also requested military assistance from Russia-led alliance of several former Soviet states. The internet blackouts affect the flow of information, and the situation on the ground is extremely fluid. Stay tuned!

Chart at a Glance: Sharp Increase in Real U.S. Rates – A Near-Term Risk for EM Assets