You are at:Home»Beyond Basic Beta Channel»Is Brazil the Next Fintech Hotbed? 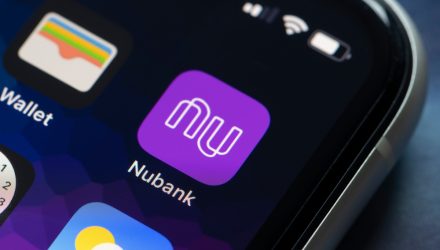 Is Brazil the Next Fintech Hotbed?

With domestic small cap equities generating so much buzz this year, some tactical investors may wondering what international markets have to offer on this front.

Risk-tolerant investors may want to look to Latin America and the VanEck Vectors Brazil Small-Cap ETF (BRF). Brazil is Latin America’s largest economy and is home to one of the most vibrant fintech industries among developing economies.

While the country’s fintech industry is less mature than that of the U.S., that lack of seasoning actually spells opportunity for intrepid investors. It could also be a potential long-term boon for BRF.

“Brazil has seen a spike in the number of fintechs over the past five years, from just 54 companies in August 2015 to 689 in August 2020,” says Moody’s Investors Service. “Of all these fintechs, 114 are credit fintechs, including neobanks. Lower interest rates in Brazil – which have supported credit markets and borrowers’ repayment capacity – the gradual erosion of barriers to entry, a stimulative regulatory framework around innovation and unserved niches have fostered low-cost digital banking businesses as well as sale or partnerships with larger players.”

BRF turned 12 years old in May and follows the MVIS Brazil Small-Cap Index. Currently, the fund allocates a combined 7.4% of its weight to financial services and tech stocks – the sectors in which fintech companies can cause disruption or reside, but there’s more to consider.

“While open banking in Brazil will not change the business landscape immediately, we expect this new environment for banking and financial services to develop faster in Brazil than in other jurisdictions because many banks and fintechs have already been working with the local regulator over the past two years and demand for lower cost services is significant,” adds Moody’s.

BRF also features a 7.6% weight to real estate stocks. That’s something to mull over because if Brazil’s fintech industry follows a path similar to what has been seen in the U.S., some real estate firms could eventually blur the line with fintech.

“As digitalization blurs industry lines, most financial incumbents remain focused on defending their core financial service franchises and attempts to maintain a digital connection with customers are typically seen through a banking lens,” concludes Moody’s. “However, some banks, like Bradesco, have already announced plans to offer non-financial services and products like movie streaming.”