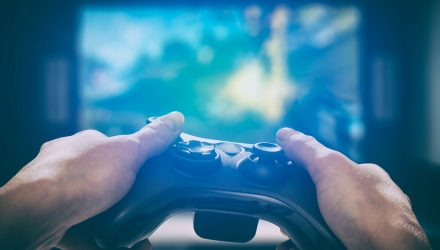 Holiday Season Will Be Interesting for Video Game ETFs

Video game hardware (consoles), software (games), and related accessories make for ideal holiday gifts indicating exchange traded funds, such as the VanEck Vectors Video Gaming and eSports ETF (NASDAQ: ESPO), could be worth examining at this time of year.

For ESPO, which follows the Global Video Gaming and eSports Index, and rival funds in this category, the story is more nuanced than simply acknowledging games and hardware are traditional holiday gifts. Due to global supply chain disruption, consoles, like so many beloved tech gadgets, could be harder to for gift-givers to locate this holiday season.

“Gaming consoles such as Xbox and PS5 are nearly impossible to find due to delays stemming from Covid-related production challenges and the large gap between supply and demand,” reports Samantha Murphy Kelly for CNN Business.

Supply chain woes affecting console makers are largely attributable to global chip shortages. Fortunately, neither Xbox manufacturer Microsoft (NASDAQ: MSFT) nor PS5 maker Sony are part of the ESPO roster. The fund is semiconductor sensitive as it allocates more than 20% of its combined weight to Nvidia (NASDAQ: NVDA) and Advance Micro Devices (NASDAQ: AMD), but chip stocks, despite shortages, are positive on a year-to-date basis.

Switch For The Win

The biggest console maker on the ESPO roster is Nintendo, which commands nearly 6% of the ETF’s weight. That’s a plus, not a detriment, because Nintendo Switch is winning the console wars this holiday season.

By way of Take-Two Interactive Software (NASDAQ: TTWO), Activision Blizzard (NASDAQ: ATVI), and Electronic Arts (NASDAQ: EA) combining for about 13% of the ESPO roster, the ETF has significant exposure to game sales, and that’s relevant because that trio along with Nintendo dominated the list of the best-selling games in November.