You are at:Home»Beyond Basic Beta Channel»High-Yield Munis Worth Considering as Default Rates Cooperate 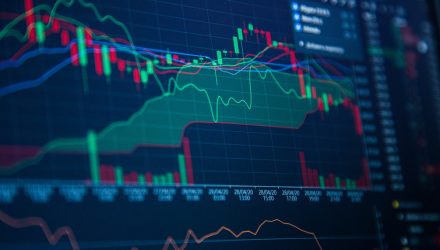 Yields are low across the fixed income universe this year, and municipal bonds aren’t exempt from that trend.

That may sound like an invitation to embrace high-yield municipal bonds and exchange traded funds like the VanEck Vectors High Yield Muni ETF (HYD). After all, the $4 billion HYD sports a 30-day SEC yield of 2.20%. That’s a lot better than the 0.75% on the widely followed S&P National AMT-Free Municipal Bond Index.

Of course, the trade-off for more yield on any bond usually is elevated default risk, among other concerns. Fortunately, muni defaults remain rare and that’s a plus for investors considering HYD.

“While they may have become more common over the last 10 years, municipal defaults and bankruptcies still remain rare overall,” says Michael Cohick, VanEck senior ETF product manager. “(Indeed, during the period of significant market stress during 2020 resulting from Covid, there were only two municipal defaults and neither were virus related.) Second, muni bonds continue to be highly rated compared to corporates. While there were municipal ratings downgrades during the year, global corporates’ ratings’ downgrades were more frequent.”

Municpal bonds, high-yield and otherwise, are seen as long-term investments, ideal for conservative investors and retirees. On that note, a recent study by Moody’s Investors Service notes the long-term default for munis is rather low.

“The five-year all-rated cumulative default rate (CDR) of municipal bonds throughout the study period (1970-2020) was unchanged at 0.08% and still remains very low,” adds Cohick. “Likewise when compared to the five-year CDR of 6.89% for global corporates over the same time period. Of the two muni defaults in 2020, one was rated and the other was “’by a Moody’s rated entity albeit on an unrated instrument.’”

Low default rates are particularly relevant in the case of HYD, not just because the fund holds high-yield debt, but also because of some of its state exposures. For example, Illinois, one of the more financially challenged states, accounts for 11.7% of the ETF’s roster. California, a state with ballooning public pension obligations, is the fund’s largest allocation at 13.7%. Those are points to consider, but history is on HYD’s side.

“If one looks at long-term municipal bond obligations, across all sectors, between 1970 and 2020, according to the Moody’s report, there were only 114 distinct Moody’s-rated defaults, representing a little over $72 billion, out of a universe of more than 50,000 different state and local governments and other issuing authorities,” according to Cohick.