You are at:Home»Beyond Basic Beta Channel»For Long-Term Value Fans, Early Investments May Be Paying Off 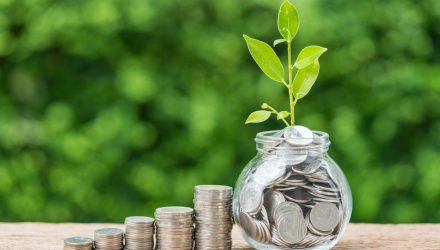 For Long-Term Value Fans, Early Investments May Be Paying Off

The VanEck Vectors Morningstar Wide Moat ETF (MOAT) isn’t a dedicated value exchange traded fund, but it is among the ETFs benefiting from the resurgence of value stocks this year.

MOAT tracks the Morningstar Wide Moat Focus Index, which features quality leanings. The quality/value combination is proving potent in 2021, and it has helped MOAT’s performance remain impressive for several years because the fund took on a value tilt before it was fashionable to do so.

“The Morningstar Wide Moat Focus Index’s value bias has now been in place since early 2018. Admittedly, the shift towards value was a bit early, as growth has soundly outperformed value in recent years,” said Morningstar Director of Equity Research Andrew Lane in a recent note. “However, despite that value tilt, the Index has still outperformed the broad market over the last five years thanks in part to favorable stock selection. In 2021, the Index has widened its lead on the broad market as strong stock picking has persisted and a now favorable value bias has further catalyzed returns.”

Proof in the MOAT Pudding

By focusing on quality companies with durable competitive advantages, MOAT is proving more than adept at weathering its early arrival to value.

For three years ending June 8, MOAT returned 79%, as compared to the 45.6% for the S&P 500 Value Index. Plus, the VanEck ETF was slightly less volatile than the value benchmark over that span. Although value is in style this year, MOAT is beating the value benchmark by 200 basis points.

It’s also clear that adding value to quality is working this year because the latter factor has been solid though not spectacular, with MOAT beating the MSCI USA Sector Neutral Quality Index by 580 basis points year-to-date.

MOAT’s quality/value combination is pertinent for another reason. Some of the best-performing value stocks this year aren’t quality names. In fact, some market observers are concerned about the lack of quality with some soaring value equities.

Many of those names reside in the energy and materials sectors – groups that combine for just 7.7% of MOAT’s roster. On the other hand, MOAT has an almost 37% weight to healthcare and tech fare – two prime destinations for quality.