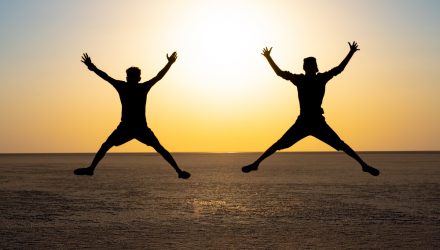 That makes rebalancing activity for the Morningstar Wide Moat Focus Index, MOAT’s underlying benchmark, arguably more interesting than it is for run-of-the-mill indices. The index undergoes quarterly reviews whereby its pair of sub-portfolios are adjusted to form a basket of 40 companies with wide competitive moats trading at attractive multiples.

With MOAT’s second-quarter review fast approaching, and with the fund up 20.73% year-to-date – an advantage of 720 basis points over the S&P 500 – it’s a good time to evaluate how the March review panned out.

As Brandon Rakszawski, VanEck senior ETF product manager, points out, nine stocks joined the MOAT portfolio following the March index review. Since inclusion following the close of U.S. markets on March 19, six of those nine topped the S&P 500 as of June 9. 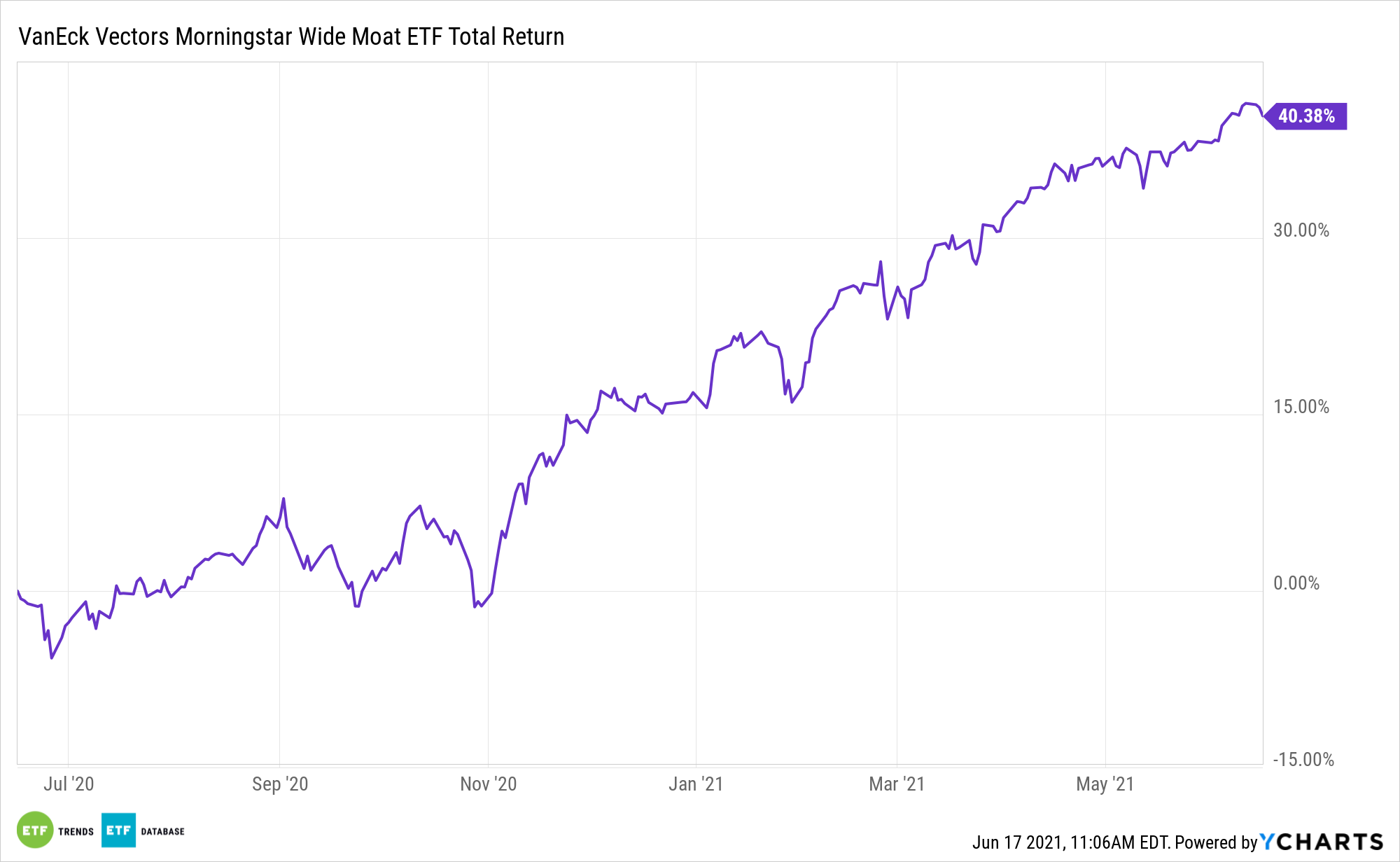 While stock selection is one of the foundations on which MOAT is built, the fund is sector-agnostic. Ten sectors are currently represented in the fund, including a deep overweight to healthcare relative to the S&P 500 and more modest overweights to financial services and consumer staples names.

In other words, it’s possible that stocks with seemingly no similarities from different sectors can benefit MOAT. Take the cases of Google parent Alphabet (NASDAQ: GOOG) and aerospace giant Northrop Grumman (NYSE: NOC). For its part, Northrop Grumman clearly fits the bill as a wide moat name.

As for Alphabet, over MOAT’s more than nine years on the market, the internet search giant has been a frequent guest of the fund. Alphabet rejoined the fray in March. Although it’s long been a star among mega cap growth stocks, Alphabet isn’t stretched on valuations and it sports many of the traits investors should look for when searching for wide moat names, including superior brand recognition.

“Alphabet benefits from intangible assets and network effect. Morningstar believes its intangible assets are related to its overall technological expertise in search algorithms and machine learning as well as its access to and accumulation of data deemed valuable to advertisers,” adds Rakszawski.

Alphabet and Northrop combine for 5.3% of MOAT’s roster.