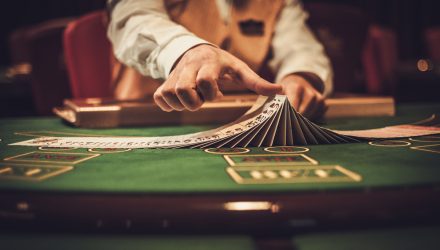 As COVID Recedes, Gambling Stocks Wagering on a Comeback

When market historians look back at the groups most repudiated at the height of the coronavirus pandemic, casino stocks the the VanEck Vectors Gaming ETF (BJK) are likely to stand out.

Owing to temporary shutdowns of gaming properties in the U.S. and abroad, casino equities were drubbed in March 2020. However, the group, including some BJK components, rapidly recovered amid pent-up demand and with the help of government stimulus checks. In fact, plenty of BJK holdings with exposure to land-based casinos notched 2020 performances that were in excess of of leisure stocks, namely cruise and theme park operators.

Up 17.42% year-to-date, BJK is pricing in recovery in Las Vegas – the largest domestic casino center. Broadly speaking, hotels on the strip have limited weekend occupancy for the remainder of this year and there are signs convention business – integral to boosting weekday occupancy – will trickle back in the third quarter before giving way to a more earnest recovery next year.

“Now, lifted by a surge of leisure travelers, Las Vegas is shaking off the pandemic’s grip and staging a comeback. The entertainment and gambling destination reopened haltingly last June but is now boring toward a full return,” reports Lawrence Strauss for Barron’s. 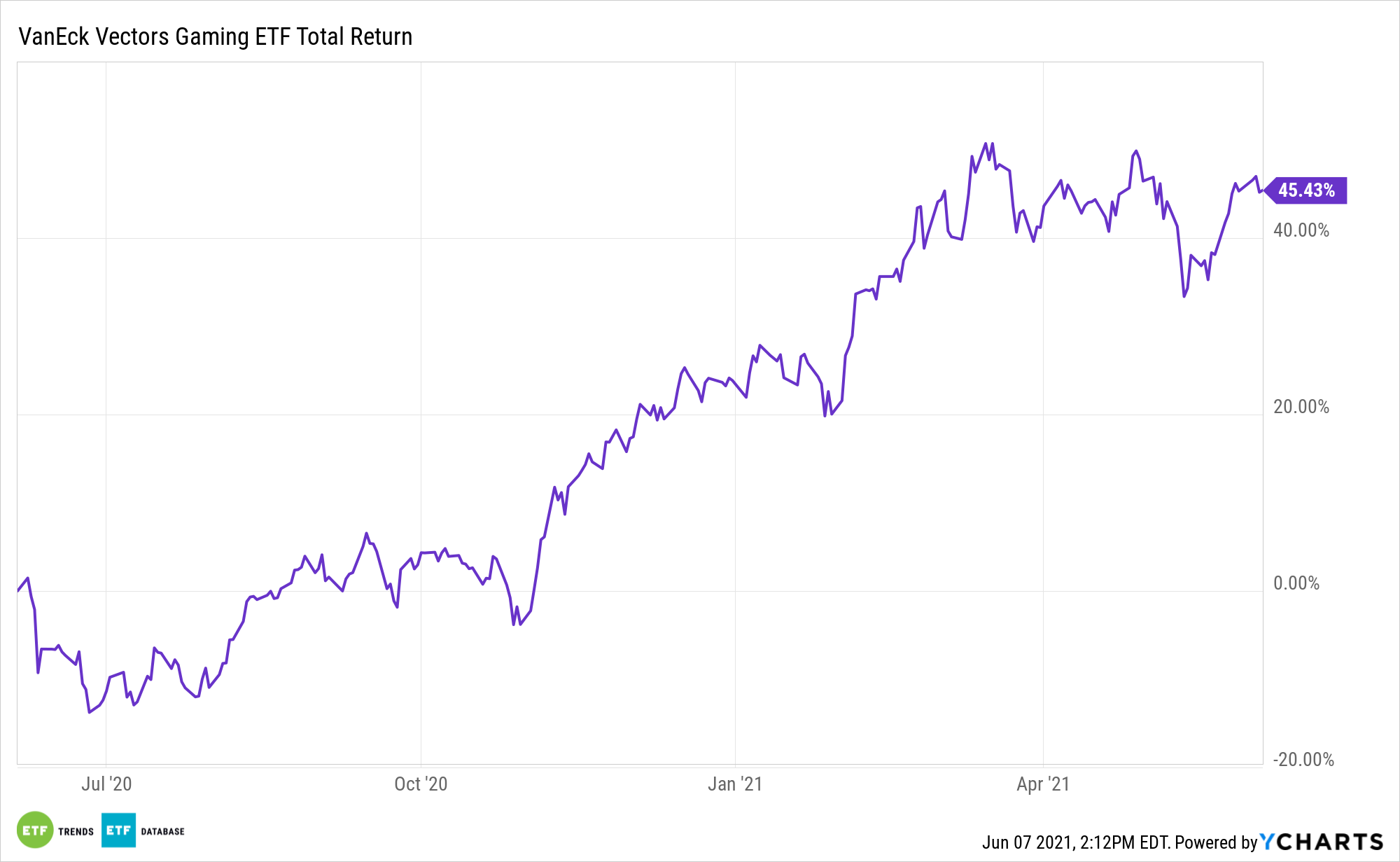 With BJK, It’s About More Than Vegas

With Sin City on the mend and BJK already up more than 17% this year, investors may think upside for the fund from here is capped. Actually, the opposite is true. The Chinese city of Macau may be influential in the future of gambling.

Take the case of Las Vegas Sands (NYSE: LVS), the ETF’s third-largest holding at a weight of 6.35%. Accounting for a pending sale of the Venetian, Palazzo, and the Sands Convention on the Strip, the largest casino operator by market value will soon have no properties in the U.S.

That highlights the importance of Macau, which is a significantly larger casino market than Las Vegas. The only Chinese territory where casino gaming is legal was initially forecast to recover more rapidly than Vegas or other Asia-Pacific gaming markets. That hasn’t been the case and executives are expressing dismay over the sluggish rebound there.

At issue is a recent increase in COVID-19 cases in some Chinese provinces and Macau’s zero-tolerance policy for the virus. Couple that with lingering travel restrictions and it’s not surprising that the gaming recovery there is tepid.

The pace of recovery in Macau is relevant to BJK because between Sands, Wynn Resorts (NASDAQ: WYNN), MGM Resorts International (NYSE: MGM), Melco Resorts & Entertainment (NASDAQ: MLCO), Galaxy Entertainment, SJM Holdings, and the China units of the first three names, BJK’s Macau exposure is north of 20% of the fund’s roster.