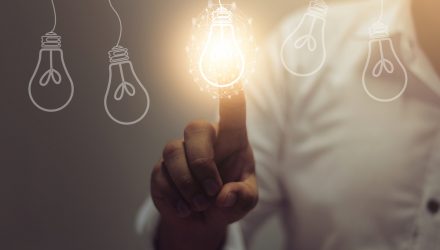 SMOT, which debuted last week, tracks the Morningstar US Small-Mid Cap Moat Focus Index. As is the case with the Morningstar indexes followed by the established VanEck wide moat ETFs, SMOT’s underlying benchmark is designed to identify attractively valued wide moat stocks, but in this case, the emphasis is on the small- and mid-cap universes.

Beyond removing the burden of stock picking, another reason to consider SMOT is that smaller stocks often go overlooked, indicating the new ETF could find some hidden gems.

Obviously, SMOT member firms will sport lower market capitalizations than counterparts in MOAT or MOTE, but the methodology used in the large-cap moat ETFs extends to SMOT, and that’s potentially compelling news for investors.

“First, the company must be likely to generate returns on invested capital above its weighted average cost of capital for at least the next ten years in the case of narrow moats and at least 20 years for wide moats. Second, it must possess one of the five economic moat sources that Morningstar has identified: switching costs, intangible assets, network effect, cost advantage, and efficient scale. Each source of moat is a driver of structural competitive advantage that can help a company protect its profitability well into the future,” adds Regal.

SMOT is home to 92 stocks, none of which exceed a weight of 1.61%, indicating single stock risk is benign in the new ETF. Industrials are the largest sector allocation at 20.15%, while the technology and consumer discretionary sectors combine for 37% of the new ETF’s portfolio. Ten of the 11 GICS sectors are represented in the fund, with utilities being the outlier.