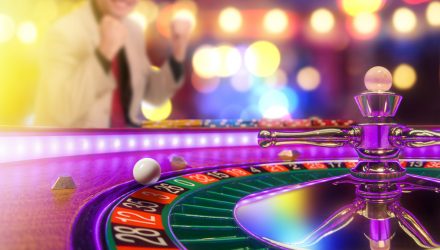 Bet on BJK for Buybacks

Share buybacks by S&P 500 member firms hit an all-time last year, and entering 2022, more of the same was expected this year.

Amid rising interest rates and escalating recession fears, it remains to be seen just how much companies allocate to repurchase programs, but with the S&P 500 flirting with a bear market, corporations could be compelled to buy back stock at discounted prices.

While are dedicated buyback exchange traded funds on the market, an industry-level idea to consider is the VanEck Vectors Gaming ETF (BJK). That may catch some investors by surprise, particularly because casino and gaming supplier stocks are tumbling this year. However, data confirm that some BJK components are seeing value in their slumping shares.

More gaming stocks announced buyback plans in the past nine months than in any comparable period in 10+ years,” says Roth Capital analyst Edward Engel in a note to clients. “Among US-listed companies, 12 gaming operators/suppliers authorized repurchase plans since August 2021, including a flurry of announcements this month.”

Some smaller BJK member firms with considerable buyback firepower at their disposal, according to previously announced plans, include Boyd Gaming (NYSE:BYD), Churchill Downs (NASDAQ:CHDN), and Light & Wonder rival International Game Technology (NYSE:IGT). That trio represents about 6% of the BJK roster on a combined basis.

With buybacks becoming the preferred method of shareholder rewards in the gaming industry following rampant dividend cuts and suspensions at the start of the coronavirus pandemic, more companies in the space may join the party. Several operators that aren’t BJK members are already buying back large amounts of stock, which motivates some of the ETF’s other holdings to get in the game.

As one example, analysts have previously pushed Las Vegas Sands (NYSE:LVS)  — BJK’s third-largest holding – to consider a buyback program to foster confidence in the beaten-up shares. For now, the biggest gaming company by market value appears set on investing in its Macau integrated resorts and perhaps restoring its dividend over deploying cash towards a repurchase program.