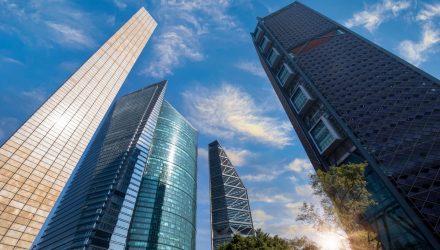 Before 2022, investors spent years questioning where the income was in fixed income. But after five interest hikes by the Federal Reserve this year, bond yields are at multi-year highs, making them once again an attractive option for income investing.

One way of looking at that scenario is that the income is back in fixed income, but investors still need to be selective, particularly with more rate hikes – potentially two – lurking before the end of this year. Still, the surge in government bond yields could be signaling opportunity across the fixed income space, including with high-yield corporate debt.

“Risk-free rates are now significantly higher than they were at the beginning of the year, and we believe there may now be opportunities to add exposure across fixed income asset classes, including high yield, which is back offering ‘high yields,’” writes Nicolas Fonseca, VanEck associate product manager.

There’s no denying ANGL’s income proposition. The ETF sports a 30-day SEC yield of 7.44%. Additionally, there are signs fallen angels are starting to perk in terms of performance. Over the past 90 days, ANGL s performing mostly in line with the largest traditional junk bond ETFs, but ANGL is also notably less volatile over that span than those two rivals.

Interestingly, ANGL, which holds 212, might just be offering income investors some near-term value as it is sporting metrics not seen since the dark days of the global financial crisis.

“Fallen angels are offering a yield to worst of 7.95% and broad HY of 9.57%, which are levels that haven’t been sustained (outside of major selloff periods) since before the GFC. This increase in overall yield has been driven by the normalization of interest rates,” adds Fonseca.

Additionally, broadly speaking, today’s prices on fallen angels haven’t been this low since 2016. That’s relevant because oil was in a bear market, and that’s not the case today. Energy issues represent 27.21% of ANGL’s roster.

“Current average prices are approaching those seen during the 2016 energy downgrades price of $84.01 and Covid at $83.30. Again, it is key to recognize that the prior price declines were driven by new fallen angels entering the index at discounted prices, while this time, it is higher interest rates. In fact, this has been one of the lowest years on record for new fallen angel volume,” concludes Fonseca.