You are at:Home»Beyond Basic Beta Channel»The ANGL ETF: Your Angle on Fallen Angels? 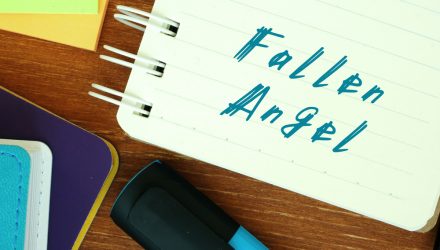 The ANGL ETF: Your Angle on Fallen Angels?

It’s possible that the exchange traded fund’s ranks will thin in the coming months, but that could work in favor of investors. As markets start pricing in increasing probabilities of a fallen angel regaining investment-grade status, the bond usually rises in value. In other words, it doesn’t wait for the official move back to investment-grade territory.

That tendency is something for ANGL investors to consider today because plenty of the VanEck fund’s components could be upgraded.

“More than one-third of high-yield energy debt could move to investment grade over the next 12 to 24 months as rising oil prices boost credit outlooks across the sector, according to CreditSights Inc.,” reports Allison McNeely for Bloomberg.

Due to the oil bear market caused by the coronavirus pandemic, a slew of energy companies were downgraded to high-yield last year. In fact, some members of that crop of new fallen angels made their way to ANGL, elevating the fund’s roster size in the process.

Now, with oil prices soaring and energy sector fundamentals improving, some energy producers could regain the investment-grade label. That’s a potential catalyst for ANGL because the VanEck fund devotes 28% of its weight to energy issues – by far its largest sector exposure.

Citing CreditSights, Bloomberg reports up to $77 billion worth of energy debt, including eight of the 10 largest issues, could be in line for upgrades. Over 93% of ANGL’s holdings carry one of the three “BB” ratings, putting those bonds at the higher end of junk territory.

At this point, it’s speculation, but Occidental could be one of the energy names that regains investment-grade status if it continues raising cash through asset sales and bolstering free cash flow (FCF). At the very least, those moves support debt repayment.

“Given expected FCF and YTD asset sales, Fitch expects OXY will have ample cash for debt reduction, should it choose to accelerate repayment beyond near-term maturities. Given the recovery in its bond prices, Fitch expects any liability management exercises may focus on minimizing premiums paid. Since 2019, OXY repaid around $9.6 billion in debt, including $174 million in Q121,” according to Fitch.