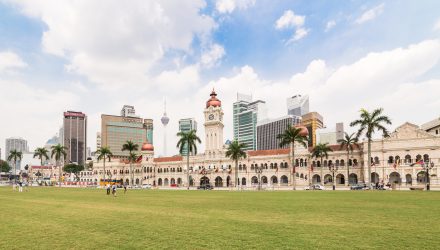 Some of the world’s largest money managers are concerned that President Donald Trump could escalate his trade stance and throw the emerging markets into greater turmoil. Nevertheless, investors who concerned about further risks ahead may look to alternative exchange traded funds that take a bearish stance on these international markets.

John Normand, JPMorgan Chase & Co.’s head of cross-asset fundamental strategy, warned that the president could double down on his trade strategy to distract people from domestic legal and political concerns, Bloomberg reports.

“The motive behind Trump’s actions is sometimes hard to understand, but looking tough to the world is something that goes well with his America First policy and bodes well to his constituency,” Pablo Goldberg, a money manager at BlackRock Inc., told Bloomberg.

The Trump administration recently placed sanctions on countries from Venezuela to Turkey, intensified trade barriers between China and jumped into the heated land reform debate in South Africa.