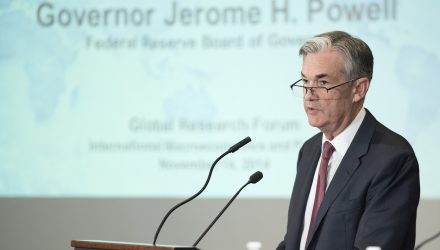 Benchmark Treasury yields ticked down as the minutes of the last Federal Reserve meeting surfaced, which suggest that come September, the central bank will most likely raise rates for a third time this year. The benchmark 10-year yield went slightly lower to 2.821 and the 30-year benchmark was down to 2.975.

Short-term maturities ticked higher with the 2-year yield rising to 2.608 and the 5-year to 2.712. During its last interest rate policy decision in June, the Fed raised the federal funds rate 25 basis points to its current level of 2.

Despite the majority expecting rates to rise, trade concerns could give the Fed enough pause to warrant keeping rates unchanged. That worry appears to have dwindled as the United States and China are reengaging talks to hash out the trade differences between the two economic superpowers.

“I was thinking that in the minutes there would be more concern about protectionism, which would have been a fairly dovish signal. We did see those comments and they could be read as mildly dovish, in the same way that people reacted to the European Central Bank’s concentration on worries about protectionism,” said John Vail, chief global strategist at Nikko Asset Management.