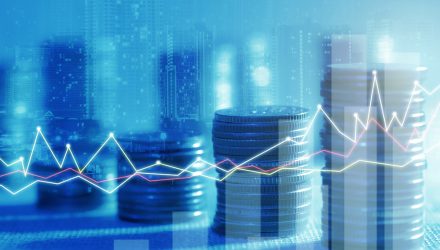 Bank Stocks, Financial Sector ETFs Are Outperforming in the Rebound

Since the end of June, five of the six largest U.S. banks, including Morgan Stanley, Goldman Sachs Group Inc., Wells Fargo & Co., Citigroup Inc., and Bank of American Corp., have all surged about 17% or more, compared to the 13% gain for the S&P 500, the Wall Street Journal reported.

Financial sector stocks were initially on a smooth road as the prospects of a rising interest rate environment would have helped banks’ bottom line, or helped them generate higher interest on loans. However, bank stocks suffered a heavy blow over the first half of 2022 after surging inflationary pressures pressured the Federal Reserve to enact aggressive monetary policy tightening, which fueled fears of an impending economic recession, which would hurt banks’ loan growth and stopped corporate America from making more deals that helped support banks through the pandemic.

Things are turning around, though, with some market observers arguing that the worst of the bad news has already been priced in.

Nevertheless, there are still some anxious investors who warn that the other shoe may still drop.

“Most people don’t believe we’re out of the woods quite yet. We are in this sort of purgatory state,” Steven Chubak, analyst at Wolfe Research, told the WSJ, adding that the rosy situation could reverse if the Fed doesn’t successfully handle inflation or triggers a so-called hard landing.

“It seems like inflation is coming down, but is it going to settle at a high level? If that’s the case, the risk is higher that we get more bumps,” Christopher McGratty, analyst at Stifel Financial Corp. unit KBW, told the WSJ.