You are at:Home»Equity ETFs»Bank ETFs Get a Federal Reserve Boost 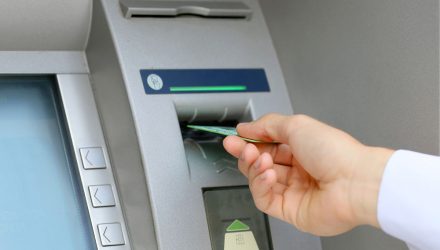 “Drilling down specifically into bank stocks, which make up a significant portion of the financial group, bullish sentiment also abounds. On Wednesday, the most heavily-traded contract of an ETF tracking banks was a call option betting on a 5.3% increase from the previous day’s close by December 15,” according to Business Insider. “That date is particularly significant because now, after Wednesday’s FOMC comments, economists think the central bank has a 63.8% chance of hiking rates, according to Bloomberg’s World Interest Rate Probability data. That’s a pretty hefty increase from the near 20% forecast from two weeks ago.”

For the week ended Sept. 20th, XLF added more than $750 million in new assets, bringing the ETF’s third-quarter inflows tally to over $1.3 billion.