You are at:Home»Equity ETFs»Bank ETFs: Big Quarterly Earnings May Not Be Enough 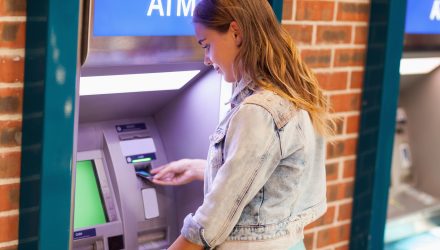 Bank ETFs: Big Quarterly Earnings May Not Be Enough

Wall Street banks are expected to report on a big three-month run, but a profitable quarter may not be enough for bank ETFs.

U.S. banks are expected to announce their most profitable third quarter since the financial downturn after the recent tax reform cut the tax bills for many banks and other corporations, reports Telis Demos for the Wall Street Journal.

However, with the tax cuts already more or less priced into the markets, investors and analysts have now focused on potential concerns over the banks’ future growth outlook. Specifically, growth in bank lending activity is slowing and trading is expected to be weak.

While this financial segment typically benefits from higher interest rates since they can charge more on loans, the impact has been muted with fewer borrowers taking out new loans. For instance, mortgage loan growth is slowing, and overall growth in loans to companies and consumers remain sluggish even after an early-year pickup fading over the summer.