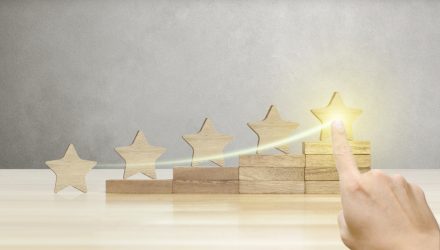 The index is built upon the ownership convictions of a panel of global investment professionals who collectively oversee more than $55 trillion in equity portfolios. These panelists contribute their stock-by-stock assessments to the index provider, Brendan Wood International, generated from up to 2,000 meetings during the year. Their insights deliver consensus around those companies labeled TopGun™ investment targets, and as the panelists’ demand shifts among sectors, the index shifts accordingly.

Greg Bassuk, CEO of AXS Investments, said in a news release that TGN was designed to “provide exposure to the best quality stocks in the highest demand sectors.”

“We are excited to partner with Brendan Wood in bringing first-of-its-kind access for individuals to their world-renowned TopGun philosophy and methodology,” Bassuk said. “While select institutions have benefited from Brendan Wood’s TopGun access for decades, the TGN ETF offers those same investment attributes to the broader investing public.”

Brendan Wood International Chairman and CEO Brendan Wood added in the release: “In seeking an entrepreneurial asset management firm to introduce the TopGun concept to the public market, we sought out a creative and disciplined investment manager who would exercise due diligence and approach the market with a game changer concept. AXS patiently subjected the TopGun concept to meticulous examination and concluded that its clients would benefit from an ETF dedicated to the TopGun Index. AXS is intent on challenging the status quo with unique investment ideas, and we are delighted to deliver the TopGun Index to the safe hands and client care of the AXS team.”

The launch of TGN is the latest in a series of ETF launches and acquisitions by AXS. In September, the ETF issuer launched the actively managed AXS Green Alpha ETF (NYSE Arca: NXTE), which targets companies demonstrating attractive growth prospects and a commitment to promoting a sustainable environment and economy. In July, AXS launched a suite of eight ETFs that seek to provide leveraged long or inverse exposure to the daily performance of some of the most actively traded stocks across a variety of sectors. In May, the firm launched the AXS 2X Innovation ETF (TARK) and the AXS Short China Internet ETF (SWEB). In April, AXS announced its intention to acquire Tuttle Capital Management’s suite of six ETFs. In March, the company acquired the AXS Change Finance ESG ETF (CHGX), the first fund to be certified carbon-neutral in the U.S.